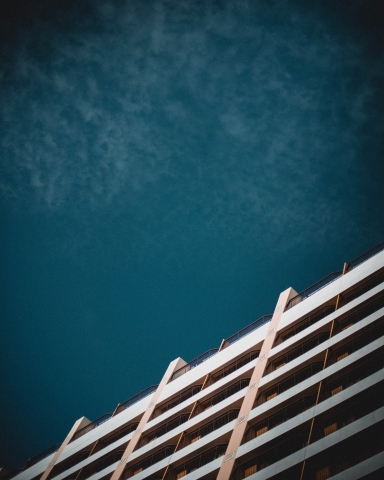 With a new report showing nearly one out of every four hotel commercial mortgage-backed securities (CMBS) loans are delinquent, industry leaders continue to press Congress to enact the HOPE Act. This bipartisan piece of legislation was introduced by Representatives Van Taylor (R-Texas), Al Lawson (D-Fla.), and Andy Barr (R-Ky.) to provide assistance to small businesses operating in the commercial real estate market.

“With record low travel demand, thousands of hotels can’t afford to pay their commercial mortgages and are facing foreclosure with the harsh reality of having to close their doors permanently,” said Chip Rogers, president and CEO of AHLA. “Tens of thousands of hotel employees will lose their jobs, and small business industries that depend on these hotels to drive local tourism and economic activity will likely face a similar fate.”

According to Rogers, the HOPE Act would address the unique challenges of hotel owners by providing the temporary liquidity needed to keep their doors open in exchange for a preferred equity interest in the property. The legislation would not require any new funding and would utilize existing appropriations from the CARES Act Economic Stabilization Fund.

“The HOPE Act is essential in helping provide hotel owners with liquidity when we need it most and will serve to help keep businesses open, thus saving local jobs,” said Andy Ingraham, president and CEO of NABHOOD.

In all, the report showed that $20.6 billion in hotel CMBS loans were 30 or more days delinquent as of July, compared to $1.15 billion as of December 2019. As a way of comparison, the highest volume of delinquent hotel loans during the Great Recession was $13.5 billion.

“Hoteliers are responsible for millions of jobs in communities across the nation, but unless Congress acts, there may not be businesses left for those workers to return to at the end of this pandemic,” said Cecil Staton, president and CEO of AAHOA. “We are optimistic that the HOPE Act will help hoteliers to address the debt crisis facing the lodging industry, and save good American jobs and small businesses.”

Event Industry Rallies Behind Pandemic Risk Insurance Act
A bill introduced on May 26 by Rep. Carolyn Maloney (D-NY), a senior member of the House Financial Services Committee, to create the Pandemic Risk Insurance Program — a…
Trade Show Industry Rebukes Indiana’s Passing of Religious Freedom Restoration Act
Not only has the American Society of Association Executives and the International Association of Exhibitions and Events expressed concern about the recent passing of the…
Groups Urge Congress to Pass “Save Hotel Jobs Act”
The pandemic has resulted in nearly 200 hotels closing their doors permanently in New York City alone. New congressional legislation seeks to save many of the jobs lost in…
How Event Industry Leaders Are Making the Most of Shelter-In-Place
Depending on what U.S. state we live in, many of us are still sitting out the pandemic in the safety of our homes. While this is an unnatural predicament for our social…
Event Industry Leaders to Converge at TRANSFORM USA
Transform USA has lined up an impressive array of event industry leaders to lead panel discussions and break-out sessions at its upcoming event, set for July 18 at the…
IAEE Honors Industry Leaders Amid Challenging Year
As it closed out the industry’s most challenging year in recent memory, The International Association of Exhibitions and Events honored individuals whose innovative ideas and…