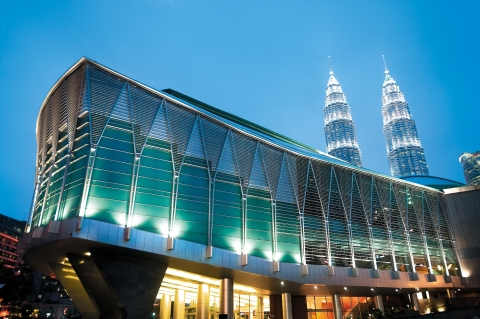 Groundwork on the purpose-built Kuala Lumpur Convention Centre’s (the Centre) expansion at the adjacent Lot 91 officially is underway as the Centre celebrates a decade in business this year.

“We are thrilled to reveal that groundwork began in late April, and we expect the expansion to be completed in 2018,” said general manager Alan Pryor.

Lot 91 will be a mixed commercial development comprising of office tower, convention centre and retail podium. The project has a prime location within KLCC Precinct and has been designed for seamless integration with the existing Centre.

When operational, the extension will provide an additional 10,000 square meters of flexible and multipurpose space to the Centre’s current 22,659 sq. m. This will allow the facility to comfortably accommodate larger international association meetings and concurrent events.

“For many current clients, the expansion will enable them to grow their activities and/or events significantly.” Pryor said. “This development will also play an important part in the future of the Centre and the events that it hosts, as such we are very happy that the announcement of the expansion coincides with our 10th anniversary.”

Delegate numbers also were up accordingly, to more than 1.97 million, compared with 1.96 million in 2013.

The Centre now has hosted 10,408 events and welcomed more than 18.1 million delegates and visitors (as at 30 April 2015), since opening in June 2005. During that time, the Centre has also contributed more than RM5.7 billion (EUR1.4 billion) in economic impact to Malaysia and provided an invaluable platform for knowledge transfer through the many high-profile events hosted.

“Recognising the significant role team members, suppliers, stakeholders and clients have played in the Centre’s 10 years of success, we have put together a year-long programme of activities to thank them,” Pryor said. “These include staff appreciation and Corporate Responsibility events, marketing and promotional packages and most recently the launch of our Professional Development Grant, which aims to grow the next generation of local meetings industry leaders into ‘Malaysian Ambassadors’.”