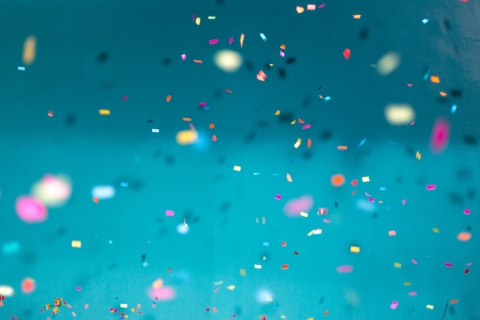 Event technologies everywhere are stepping up to the plate in 2020, attempting to ease meeting planners’ woes that virtual experiences can never quite measure up to face-to-face events. Yet one element that hasn’t been addressed is the virtual awards show — until now.

MeetingPlay, a Maryland-based technology company for events and conferences founded in 2011, has launched a new feature designed to nearly replicate the experience of an in-person awards night, both for recipients and attendees.

The impetus for designing this feature came from MeetingPlay listening closely to its clients. “A very big portion of what we’re working on is SKOs [sales kickoffs],” says Joe Schwinger, CEO and co-founder. “With awards and recognition, it’s about celebrating your wins in 2020 and encouraging the masses for 2021.”

But how can you achieve this in a way that’s still meaningful when all participants are behind a screen? MeetingPlay tested its new feature with a client in the high-fashion industry that wanted to celebrate its top-performing employees in 2020. “I put myself in the shoes of the people walking across the stage and getting that photo with the CEO in that moment,” Schwinger says.

Through the MeetingPlay virtual platform, a page with photos of gallery winners was on display for all four days of the digital conference, and was announced to all participants during the live stream kickoff for the event. This page provided the ability to show more information about each winner than would have been able to be communicated in a live environment, including what factors led them to receive this award, as well as any previous awards they’d won. “Instead of five minutes of fame on stage,” says Schwinger, “we made it to cover four days, 24 hours a day, to replicate that energy of being on stage.”

Next, the company looked toward incorporating elements from social media. For this client in particular, sites like Facebook and Instagram are the lifelines of its winners, Schwinger says. “We took a cue off these channels, implementing a ‘like’ feature and the ability to send a virtual hug to each other,” he explains.

Now, emojis can’t replace the feeling of an in-person embrace or high-five. But the attendee response was overwhelmingly positive to this of-the-moment solution to a problem that gathering restrictions have posed to events everywhere. The result was an organic success, Schwinger says: at the high-fashion event, some 3,000 individuals sent love and emotions to a subset of 50 award winners throughout the course of the conference. Those winners received notifications to their desktop, mobile and/or email as the congratulatory notes came in.

Schwinger notes that while this social element was the perfect solution for this particular client, MeetingPlay’s recognition feature can be customized to each client based on what feels most natural to their attendees. Like with any event — be it virtual, hybrid or face-to-face — knowing your audience is, of course, critical.

As the world looks to 2021 and the expectation of more hybrid events, MeetingPlay has a game plan. When events begin hosting some attendees in-person, they’ll have the capability to incorporate sentiments of virtual attendees on the big screen, essentially doubling the recognition factor for award winners. “You’ll be able to see the likes and loves from virtual attendees who are clapping, and you can see their faces and emojis they’re sending,” Schwinger explains.

It all comes down to the capability to adapt to help award winners feel special — even replicating that handshake with the CEO virtually. One way MeetingPlay can do this is grant winners a short time (say, 30 seconds) with the CEO of a company so that person can extend his or her congratulations, Schwinger says.

“Video tells a different story than a picture,” he adds. “We used to say a picture was worth 1,000 words; now a video is worth 1 million.”

5 Ways to Help Exhibitors Transition From In-person to Virtual Events
As you consider shifting your next trade show online, make sure to focus on your exhibitors. While virtual events are a new format for almost all the stakeholders involved,…
International Association of Exhibitions and Events Unveils 2014 IAEE Awards Program Recipients
The International Association of Exhibitions and Events unveils this year’s recipients of the IAEE Awards program, which recognizes professionals who have made outstanding…
PCMA’s Visionary Awards Honors Leaders in Business Events
The PCMA Education Foundation recently honored the 2017 Lifetime Achievement of three industry luminaries as well as the winners of the 2017 Professional Excellence Awards at…
5 Ways to Drive Greater Value for Virtual Event Sponsors
Brands sponsor face-to-face events because they want to connect with key audiences. They want to increase brand awareness and improve brand perception. They want to generate…
Outsourcing: Help Is on the Way
By Leslie Thornton Associations and other nonprofit executives face numerous challenges as they seek to allocate resources, time and staffing while also trying to create…
The Post-COVID Event Model: Rethinking Ways to Promote Virtual and In-Person Events
Unless you’ve spent the last eight or nine months under a rock, you probably know that the trade show industry has had its worst year on record. I’m hard-pressed to think of…