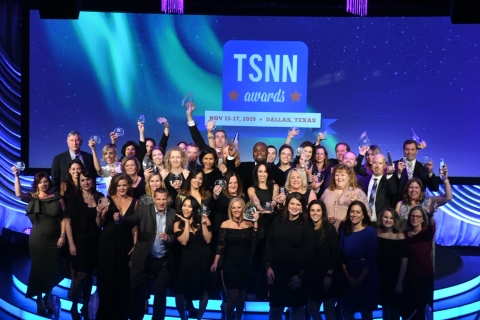 MJBizCon already had snagged the fastest-growing net square footage for-profit show honor Saturday night at the 10th anniversary of the 2019 TSNN Awards, when Cassandra Farrington, CEO and co-founder of the cannabis-focused business event, was onstage once again accepting the TSNN Award for fastest-growing overall trade show for net square footage.

“I totally get that we caught lightening in a bottle … this is a once in a lifetime show and industry,” Farrington said of the show that was a winner in the same category last year.

The awards weekend was held Nov. 15-17 in Dallas, with the gala celebration taking place at the Kay Bailey Hutchison Convention Center and celebrating not only the fastest-growing show for net square footage, but also fastest-growing association and for-profit shows for attendance, “Best of Show” awards, Sustainability Award, The Expo Group Show Manager of the Year Awards and the Industry Icon Award.

The ASI Show – Fort Worth and IAPPA Attractions Expo tied to win the “Best of Show” awards after a heated social media online contest.

Cheryl Kahan-Radhuber, ASI Show’s marketing director, said as she accepted the award, “Thank you we are so excited we won! It was a whole team effort of everyone that was involved.”

Other award winners included The Baseball Trade Show for fastest-growing overall show for attendance, IDDBA for the TSNN Best of Sustainability Award and SMOTY Winners included the following:

Mary Pat Heftman, vice chair of Winsight Exhibitions at Winsight LLC, was surprised with a heartwarming video from her friends, family and colleagues congratulating her for being honored with the TSNN Industry Icon Award.

The weekend, co-hosted by TSNN and Visit Dallas, kicked off with an opening party at The Backyard where attendees were able to engage in a variety of activations, including temp tattoos, helping out a local pet rescue, getting a portrait of themselves, kids or a pet done, having their face put into a foamed drink and lots of good food, music and overall networking.

The next morning the TSNN Awards education conference opened at the Belo Mansion with The Brain Performance Institute’s Dee O'Neill talking about “From Deprivation to Inspiration: Creating Awe-Inducing Experiences.”

She said asked everyone to think of moments of awe they had experienced in their own lives, like the birth of a child or a moment in nature.

Williams added that people are often ‘awe-deprived’ for reasons including lack of time, getting stuck in the status and our minds being just ‘too busy’ overall. She said we need to take the time for not only ourselves, but also the attendees at events to not have theirs just ‘full’ and not taking the time to also make sure they have opportunities to be ‘mindful’. 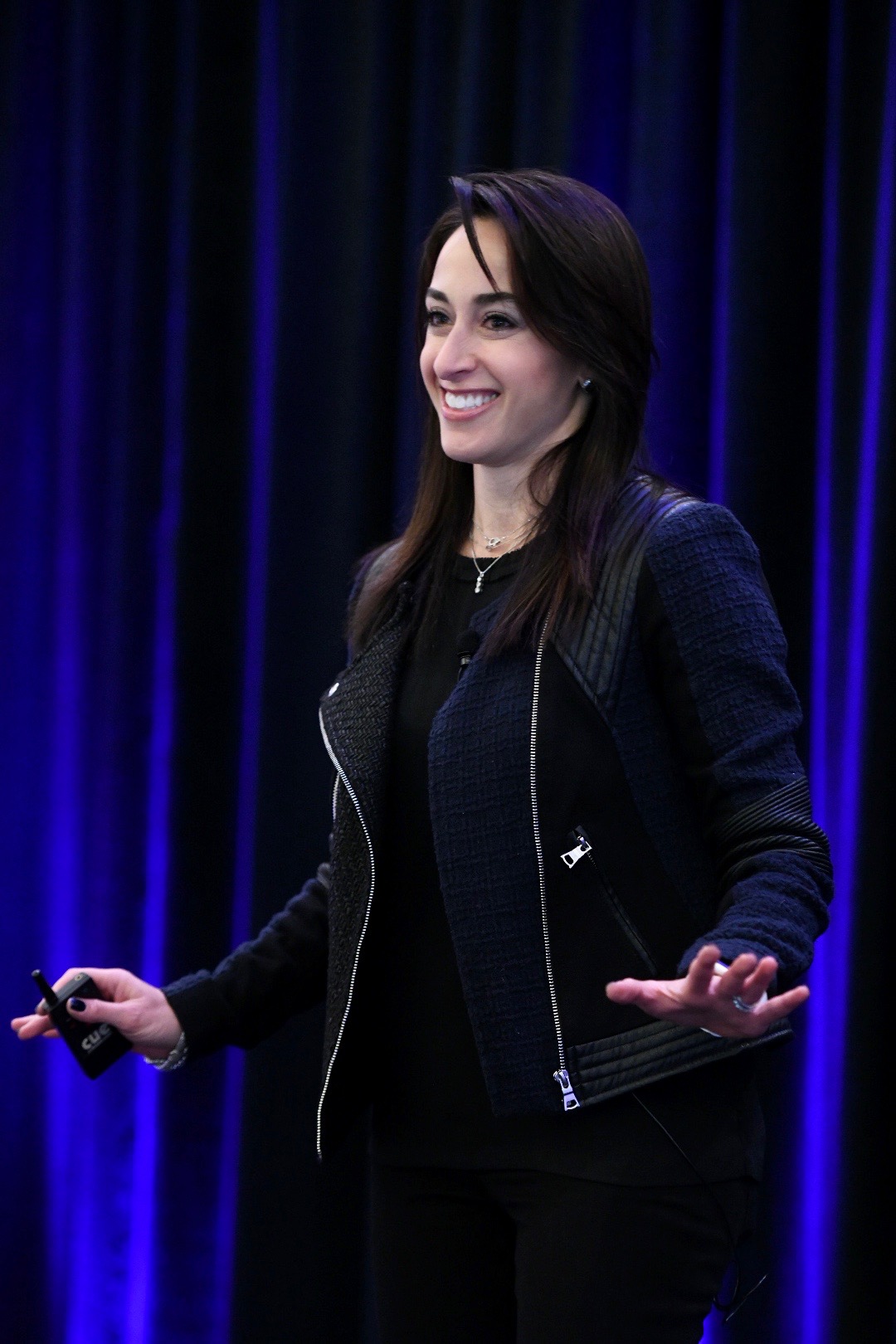 The next session focused on two shows that had transformed the onsite experience, creating more engaging experience for attendees and exhibitions.

KeHE’s vice president of Marketing, Ari Goldsmith, outlined how the company’s shows had evolved to include very tangible experiences, including a fresh market pavilion where people could sample a plethora of food products firsthand and a KeHE Cares pavilion right at the front of the show that allowed the opportunity for people to give back.

As a result, they re-designed the showfloor, with a massive community hub anchoring it as one way to transform the show experience. Acker challenged everyone to take chances and try new things to better serve the attendees and exhibitors at their own events.

The final education session was a panel led by Dan Freker Doody, VP of communications and PR at The Expo Group, talking to two people who spent their daily work life designing spaces – Michael Kaiser from architectural design firm Beck Group and Jessica Harden, who designed exhibitions at the Dallas Museum of Art.

“No two exhibition designs at the museum have been the same, Harden said. “It’s about telling a story.”

After lunch, Brooks Thomas from Southwest Airlines, performed a very unique keynote in which he did not speak a single word, instead relying on a slide show that told a story with words and videos about ways his company had really listened to the community around them and told their stories. 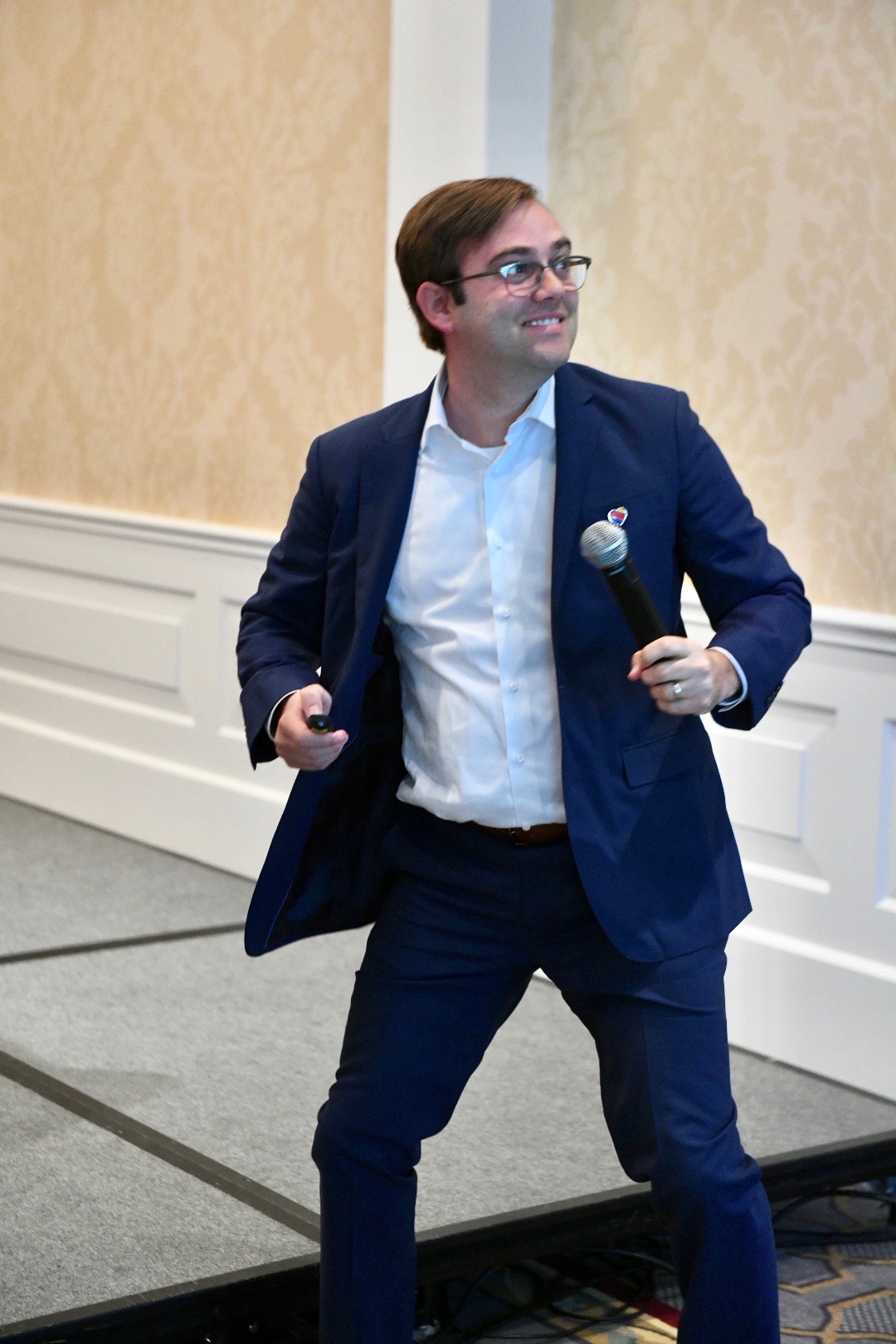 One story included one of the airline’s pilots who was able to go to Vietnam more than 50 years after his father had been shot down there and bring his remains home.

Thomas told people in the Q&A to ‘listen with their hearts’ and they would be guaranteed to find amazing stories within their own communities.

The weekend capped off with a tour of the Dallas Mavericks E-gaming Hub, at which attendees heard about the e-gaming crazed and were able to take part in a variety of fun games onsite.

The 2019 TSNN Awards could never have been possible without the support of these fantastic Sponsors!