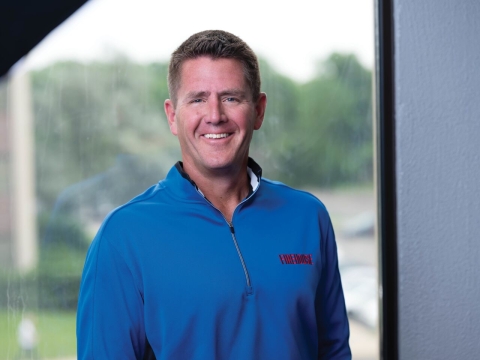 The year started off with a flurry of new hires, making for a busy and exciting January. Here are all the industry professionals who have been making some big career moves recently.

Ed Nichols is now vice president of events for Hannover Fairs USA, the U.S. subsidiary of Hannover, Germany’s Deutsche Messe – one of the world’s largest and most active organizers of capital goods trade fairs. He will manage the commercial vehicle show portfolio, which currently includes the North American Commercial Vehicle Show. Previously, Nichols was vice president of events for Endeavour Business Media.

Meg Winchester officially took the reins as Visit Spokane’s new president and CEO on Jan. 22. Previously, she was director at the Galveston Island CVB in Galveston, Texas. She brings decades of convention sales and marketing experience to her new role.

Jim Fox has been appointed to portfolio sales director with JCK & Luxury. He will be responsible for strategy, leadership and development within the JCK & Luxury sales team, as well as key account customer relationships of the jewelry industry’s leading events. He brings more than 20 years of sales and business development experience in the luxury goods sector.

DMG Events has announced two new hires. Mel Sha is now vice president of its South East Asia energy sector; he will grow the company’s energy events in Asia, which currently include Bangkok’s Future Energy Asia, the Gas Asia Summit held in Singapore and Jakarta’s Gas Indonesia Summit. Nick Powell is now vice president for construction; he will work to help target portfolio growth across the MENA region, working with Chris Kilbee, also recently appointed to the role of senior vice president within the same division.

Chris Metzger has joined Access TCA as senior vice president of client services. Beginning his post-college career at association management company SmithBucklin, he has become one of the leading proponents of strategic congress channel management and the value of face-to-face marketing with a specialization in healthcare.

Hugh Sinnock has retired from his position at vice president of customer experience at Las Vegas Convention and Visitors Authority, where he had been since 2006. Going forward, he’ll offer consulting as HKS Strategies, LLC, with emphasis on trade show, venue management, customer experience and community relations.

Lisa Dworsky is now senior director of sales development at ConferenceDirect. Her new role entails managing preferred relations for hotel chains and destination management organizations, and helping preferred partners grow their business and exposure with ConferenceDIrect. Most recently, Dworsky was Director of Sales at Hotel Californian.

Mike Lima has joined ProExhibits — the largest events, exhibits and environments producer in Northern California — as operations manager. He brings more than 25 years of industry experience to help the rapidly expanding production department of ProExhibits. He will manage portions of the operations and planning departments.

Marisa Lichtenstein has joined Level5Events by The Expo Group as national sales director based out of New York City. Throughout her 17-year career, she’s worked with companies such as NBCUniversal, Moet Hennessy, Tesla and BNY Mellon. Her experience includes business development and account management for live events, digital, social media and integrated communications experience in B2B and B2C marketing.

Marty Choate has joined Washington-based event management tech company Hubb as vice president of enterprise solutions. He will work on the company’s strategic product initiatives and focus on building the company’s rapidly expanding operations. He was previously a senior digital marketing manager for Microsoft, leading planning, design and executions of digital tools across Microsoft events.

Gary Benson was named chairman of MC² and Richard McAdam has been appointed as his successor to CEO, effective Feb. 1. As chairman, Benson will continue to be active within the organization in an advisory capacity, focusing on strategic planning for several key accounts. He has served as CEO since 2003. McAdam joined MC² in 2004 as corporate vice president of production and in 2006, became president of the organization.

Lisa Reau is now director of business development and events for Cleveland’s International Exposition Center. She will be responsible for all sales initiatives while developing business relationships that drive growth and maximize revenue streams. Prior to this role, she served as an event manager with the center.

Daniel McKinnon was named executive vice president of exhibitions and events for MHI. He brings over 27 years of show management experience, most recently serving as vice president of global client solutions at FreemanXP. His primary function in this new role will be managing the ProMat and MODEX trade shows.

Adam Straight has joined New Orleans Ernest N. Morial Convention Center in New Orleans as vice president of operations. He will be tasked with the oversight of plans and strategies for convention center event operations, including production services, food and beverage, public safety, environmental services and more. He was previously senior director of campus operations with Georgia World Congress Center Authority in Atlanta.

Brett Haney, previously president of face-to-face marketing company Derse, has transitioned into the role of CEO for the company, taking on responsibility for the strategic direction and profitability of the company. Bill Haney, previous CEO, will maintain his role as chairman. The now-vacant president role is expected to be filled by summer.

Dana Young has been appointed president and CEO of Visit Florida. A sixth-generation Floridian, she served in the Florida House from 2010-16 and most recently served as senator for District 18 in Hillsborough County.

Dave Brown is now operations director for 2020 Exhibits. Based in St. Louis, he will be responsible for managing and enhancing the company’s operational excellence, focusing on growth opportunities and developing meaningful partnerships with customers, partners and vendors. He previously served as vice president of sales with Optima.

Have people news to share? Send your announcements to Managing Editor Kelsey Ogletree at kogletree@tsnn.com.

People News: Tarsus Group, SMG, Visit KC and GES All Make Hires
The brisk hiring trend that kicked off the beginning of the year has continued, with several companies that serve the bustling trade show industry making hires. RD Whitney…
Positive People News, Despite It All: Hires at NEXT Events, Centerplate, JCK and More
At a time when many companies are grappling with severe layoffs and figuring out how to keep things afloat until the COVID-19 crisis ends, it’s tough to talk about new hires…
People News: Freeman, PCMA, Clarion UX and More Make Hires
Companies within the events and tourism world continued with a flurry of hires in March, showing the economy and outlook for the industry looks strong. Freeman has named a…
People News: Events Industry Council, Caesars, ProExhibits and More Make Hires
April showers brought May new hires to many companies in the trade show and destination marketing world. Here’s all the news you need to know. Big news for the Events…
People News: Fern, CNTV, Visit Milwaukee and More Make New Hires, Expand Leadership
The trade show, events and destinations industries are continuing their hiring and promoting sprees at organizations far and wide. Check them out: Fern National exhibition…
People News: Destinations International, IAEE, Offprice and More Make Hires
Summer’s coming to a close, the kids are back in school, and companies in the meetings and hospitality space are ramping up hires for the last third of the year. Take a look…