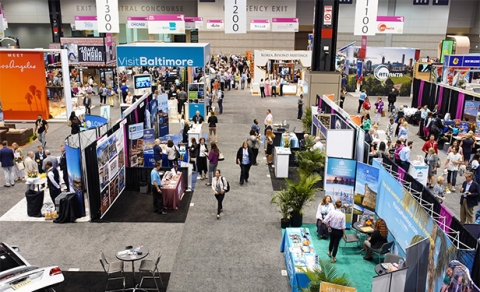 ASAE made the difficult but what it felt was the prudent decision this week to move its Annual Meeting & Exposition online for the second consecutive year.

Originally scheduled to be held in Dallas this summer, the association’s largest event will take an approach similar to PCMA’s Convening Leaders. In addition to online distribution, there will be small meeting hubs set up in different regions for in-person networking and activities. The annual meeting will be conducted over the week of August 16.

“As has been the case throughout the COVID-19 pandemic, ASAE’s first priority in all meetings and events decisions is the safety and welfare of our participants,” said ASAE President and CEO Susan Robertson. “Logistically, a lot of planning goes into every aspect of the meeting to ensure its success and, right now, there are too many variables outside our control that could impact our attendees’ meeting experience.”

The news serves as a bit of a reality check for the events industry as it looks to break free of COVID-19’s stranglehold. Some trade shows, scheduled for or relocated to Orlando, have found a path forward. Meanwhile, vaccine distribution is ramping up across the country as some states, like Texas, have done away with mask mandates.

Yet while confidence builds, it is far from universal and various factors are at play. Corporate groups, which generally prefer smaller meetings, will have a natural advantage returning to face-to-face than associations, which are accustomed to large crowds to generate needed annual revenue. The National Restaurant Association, for example, cancelled its annual May show in Chicago for a second-straight year. Meanwhile, PRSA moved its Travel & Tourism Conference to a digital format in June.

One key factor for myriad decisions going forward is that destinations remain under different regulations regarding in-person gatherings. ASAE noted in its press release that its home, Washington, D.C., still limits groups to 10 or fewer people. As such, ASAE also opted to move its 2021 Marketing, Membership & Communications Conference, set for the nation’s capital, to an online event running June 2-4.

Likewise, attendees will likewise have different comfort levels and expectations that will be addressed through hybrid formats.

Said Robertson: “While we’re all eager for a full-bore return to face-to-face meetings, we’re excited to create some options in August for our attendees to access top-level content virtually or reunite with their colleagues and partners in a safe, controllable environment.”

ASAE is still determining where hub meetings for the annual meeting will be, but anticipates that Dallas and other ASAE Alliance Partner destinations will fill the roles. Craig T. Davis, VisitDallas President and CEO, has already shown a willingness to step in despite losing out on the impact of hosting of the industry’s most prestigious shows.

“VisitDallas and ASAE are of course mutually disappointed that we can’t convene a full, in-person Annual Meeting in Dallas and showcase the city for ASAE’s attendees, but we understand and support the decision,” Davis said. “We look forward to participating in this year’s virtual meeting and as a host for one of the regional hub meetings, and we hope to have the opportunity to host the ASAE Annual Meeting in-person again in the near future.”