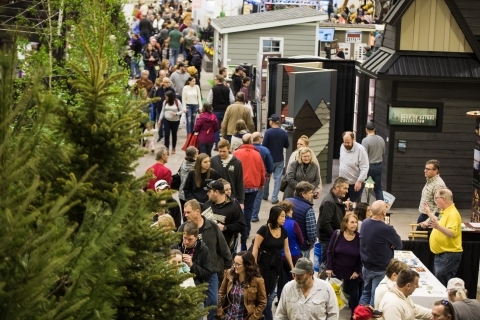 ASM Global, the world’s leading producer of entertainment experiences, venue management, event strategy and management, and Marketplace Events, the largest producer of B2C shows in the U.S. and Canada, have forged a multi-year content and programming alliance that builds the world’s largest and most diverse network of consumer shows at the more than 200 ASM Global venues across North America.

The formation of this strategic partnership closely follows the expansion of ASM’s development and live event programming division, including the recent appointment of industry veteran John Boyle as its global chief content officer.

“This past year in only our second year of existence, we have doubled down on our commitment to strengthening and expanding our position as the global leader in content and programming,” explained Ron Bension, president of ASM Global. “Our new partnership with Marketplace Events…further reflects this commitment and is a tremendous win not just for ASM venues, but also for millions of additional show attendees and exhibitors who can now enjoy our amazing live experiences.”

“In partnership with ASM’s diverse portfolio, depth of resources, unparalleled track record and event programming knowledge, we will now have the opportunity to produce more consumer shows with more total square footage in North America than any company ever,” said Tom Baugh, CEO of Marketplace Events.

As a company that produces an industry-leading consumer show every five days on average annually in North America, including the home, garden, wedding and holiday categories, Marketplace Events executes more than 70 shows in 34 markets that attract 22,000 exhibitors and nearly 2 million attendees annually, according to Marketplace officials. Its shows are some of the most successful and longest-running consumer events in North America, including market-leading shows in Minneapolis, Atlanta, Indianapolis, Vancouver, Calgary and Montreal, some of which have thrived in their markets for more than 75 years.

In March, ASM Global and Marketplace Events announced the launch of new annual home shows that will take place at Houston’s NRG Park in February and October, beginning in spring 2022. The partners also announced a third annual home show to be held in the Jacksonville market, set to launch in May 2022.