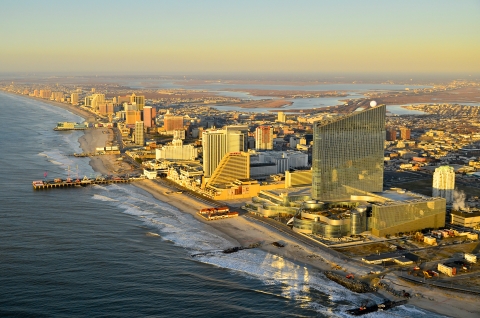 Even before “Superstorm Sandy” struck the Eastern seaboard of the United States, officials in the conventions and meetings business in Atlantic City had been brainstorming about a way to bring more events into their town.

The hurricane brought a tremendous amount of damage in its wake, but, according to Gary Musich, Atlantic City CVA’s vice president of convention development, much of the city was spared.

After the storm hit, there was even more of an incentive, though, to bring events into the region, especially since several meetings and conventions had been canceled. The plans that were being discussed beforehand were put into fast forward.

The Atlantic City Alliance, a private not for profit funded by the casinos, which is responsible for marketing Atlantic City broadly as a tourism destination, approved a special $1 million incentive fund. Together with the Atlantic City Convention & Visitors Authority, now a division of the Casino Reinvestment Development Authority, approved funds will be portioned out to meetings that fit certain criteria as a means to draw them to the city.

“We wanted to show that we were open,” Musich said.

Jeffrey Vasser, Atlantic City CVA’s president and CEO, added, “Getting more citywides is one component (of the fund). Also, we wanted to get Atlantic City top of mind in the industry. We needed a strong incentive program.”

The fund was set up and meetings that qualified needed to book at least a 1,000 room nights, be new or not have visited Atlantic City for at least three years and preferably book mid-week.

The funds were not earmarked toward anything specific, Vasser said, they could be used for transportation, attendee marketing or whatever the event organizer needed them for.

Elizabeth B. Cartmell, president and CEO of the Atlantic City Alliance, said, “Now, we have the opportunity to fill mid-week visits to the destination. We recognize how competitive it is in the convention center environment. We had the challenge of needing to reintroduce Atlantic City and we needed to get people here.”

The incentive worked, with several groups signing on and coming to the city in the past year. “We had immediate results,” Musich said.

In fact, it worked so well the $1 million fund has just been reupped for each year through 2016 in an effort to bring even more events to Atlantic City.

Cartmell said the future for Atlantic City looked bright as well. “There is a flurry of activity into future years,” she added.