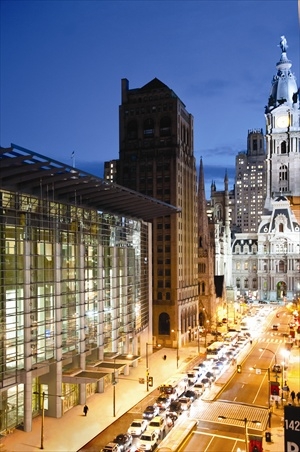 In the midst of renegotiating contracts with the six unions that work at the Pennsylvania Convention Center in Philadelphia, members of Local Eight of the United Brotherhood of Carpenters and Joiners of America walked out of talks and went on strike this morning.

The four other unions - electricians, riggers, laborers and stagehands – still are renegotiating, while the fifth union – Teamsters – honored the carpenters’ strike and have refused to cross picket lines.

As a result, shows such as the American Association of Diabetes Educators (AADE) Annual Meeting, which is scheduled to start move-in Aug. 5 for its Aug. 7-10 event, are in jeopardy.

Leadership for the association, however, is optimistic about the event running as planned.

"As negotiations are ongoing, we anticipate that this will be resolved in a timely manner and not conflict with what we know will be a successful AADE Annual Meeting & Exhibition," said Charles Macfarlane, CEO of AADE.

The AADE is expected to draw 10,000 attendees to the city.

“This action comes as a complete surprise to the center, which has been acting in a good faith effort to generate increased work opportunities for union members by attracting more shows and conventions to our facility,” said Greg Fox, chairman of the board of directors of the Pennsylvania Convention Center Authority.

The contracts expired July 1, and the unions and building have been working toward signing new ones. The Carpenters Union did not respond to calls for comment.

The Pennsylvania Convention Center has been working on an “Exhibitor Bill of Rights” in an effort to increase bookings at the center. Local press reports point to this bill of rights, which will allow exhibitors to do more of their own work, as the issue for the Carpenters Union, and not wages.

“Our contract negotiators offered a generous 10-year proposal that provided an annual 3 percent pay increase for our labor force, while making the changes to exhibitor rights that were necessary to increase the number of convention and other bookings at the center,” Fox said.

He added, “These changes were apparently not well received by the Carpenters Union, which notified us late last night of their intention to go on strike.“

Since the Pennsylvania CC opened its $780 million expansion in 2011, officials there have been working with the unions to make the building more cost effective for existing shows, as well as new business.

“The board has identified four key focus areas to improve our ability to compete in the global convention and meeting industry: management operations, the existing labor supplier model, work rules and billing transparency for our customers,” Fox said.

In June of this year, the PCCA board of directors selected SMG to privately manage and operate the Pennsylvania Convention Center.

In another twist to the story, Ed Coryell, Sr., head of the 8,000-member Carpenter’s District Council, recently was appointed to a 15-member board that oversees operations at the Pennsylvania Convention Center.

According to the PCCA, it's just looking after its customers' interests and trying to attract new business to the center.

"We believe that the men and women who serve in our union workforce will see that changes to the existing work rules will result in an increase in convention bookings and generate increased work opportunities in the long-term," Fox said. "Based on customer feedback, the status quo is clearly unacceptable.”