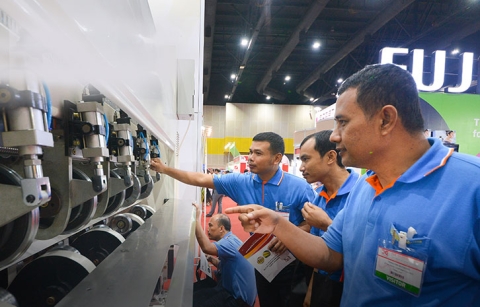 Billed as the only exhibition serving the corrugated and folding carton industry in the Southeast Asia, CCE South East Asia 2018, increased the show’s floor plan by more than 40 percent since the inaugural edition in 2016.

According to Mack Brooks Exhibitions, organiser of CCE South East Asia, suppliers of corrugated and folding carton equipment and technology are continuing to book prime space at the show and it may double in size in the near future.

The inaugural CCE South East Asia was held from 21st to 23rd September 2016, at BITEC in Bangkok. A total of 90 exhibitors and nearly 3,300 buyers attended the three-day show, occupying net space of over 1,500 m2.

The coming edition will take place from 5th to 7th September 2018 at BITEC.

Senior Manager of Mack Brooks Exhibitions Asia, Kanokwara Anutarawatr, said, “We are very encouraged by what we are hearing from the local and regional industries about the focus and usefulness of the exhibition. This is reflected by not only the stand bookings but also the size of booth space for the 2nd edition, more machinery from a wider choice of suppliers will be on display in 2018, ensuring the ASEAN market has first-hand access to the best solutions available in the market.”