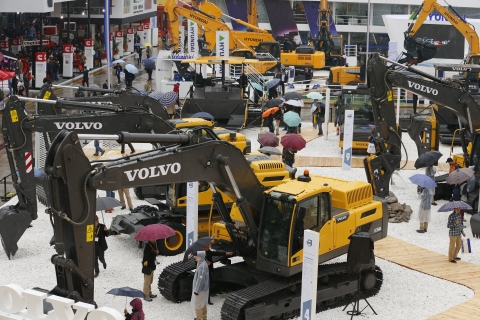 In April, China’s State Council released an official directive with the aim of boosting the development of the country’s exhibition industry.

According to the lengthy guidelines, a ministerial joint conference, including multiple central government departments, will be established to coordinate the formulation and implementation of new market rules. UFI, The Global Association of the Exhibition Industry has arranged for a full translation of the guidelines available on the UFI website.

TSNN asked Mark Cochrane, BSG Asia Managing Director and UFI Regional Manger Asia/Pacific Office, to decipher what this means for trade shows that currently are doing business in China or ones that hope to go there.

It is difficult to make any definitive statements at this early stage. This is essentially a first step for the government in a long journey towards reshaping China's exhibition industry. If the initiative does indeed focus on the areas mentioned in these guidelines, then I think it is a positive development. For example, greater protection of intellectual property rights (IPR), less government involvement in the market as an organizer, better training and education programs - those are all good for the industry in China.

What about companies looking to enter the Chinese market?

How long do they expect before these changes to take place?

The guidelines call for a five-year plan. That is, "mission accomplished" by 2020. That is quite an ambitious target, although when the government in China sets its mind to something, it is often surprising how quickly it can get things done.

There are some examples of shows backed by the government directly competing with existing internationally-backed shows - will this have an impact on that situation? (like competing furniture fairs in Shanghai)

It might eventually, but initially, I think we are more likely to see changes in the government’s role in exhibitions in the second-tier markets. In first-tier markets like Shenzhen, Shanghai and Beijing, the pullback will likely be less pronounced. The example you cited is an event organized by CFTC, the organizer of the Canton Fair, amongst other major exhibitions. It is unlikely that these guidelines would impact those flagship events, but it is very early in the process.