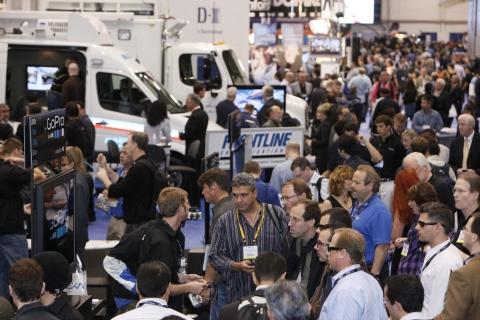 According to LVCVA board meeting notes, Cox Nevada Telcom was awarded a seven-year contract, with the option of a three-year extension, and will subcontract with showNets to provide on-site services to show management, exhibitors and attendees.

“The use of subcontractors to fulfill services for large trade shows is an industry standard and is consistent with the current practice at the LVCC,” said LVCVA officials.

They added that showNets had worked on a strong portfolio of shows in major markets such as Chicago, Los Angeles and San Francisco, as well as events “with a high level of technical expertise.”

The open bidding process began in January 2012 and included an RFP with grading of the following selection criteria: relevant experience, pricing and revenue share, infrastructure management and customer service approach.

"The LVCVA is committed to staying ahead of our competition and maintaining Las Vegas' status as the No. 1 trade show destination in North America," said Terry Jicinsky, senior vice president of operations for the LVCVA

He added, "We're excited to work with Cox Business to offer our trade show partners and their exhibitors and delegates the latest technology and exceptional customer service that helps them improve their business and tradeshow experience."

Besides overseeing telecom services, Cox also will invest $9.5 million in technology infrastructure that will include the enablement of direct connections from the LVCC and Cashman to a citywide and nationwide fiber optic network.

This network also will be suitable to evolve into the future Las Vegas Global Business District, a $2.5 billion development that will include an improved campus of the Las Vegas Convention Center, a  World Trade Center building and a multimodal transportation hub.

As part of the contract, 3 percent of the gross revenues will be placed in a fund controlled by the LVCVA for future technology upgrade expenditures, as mutually agreed upon, according to LVCVA officials.

In all, the LVCVA will receive 46 percent of the gross revenue at the Las Vegas CC and Cashman Center.

He added, "Our technology and industry experience in the hospitality industry is proven and will ensure the LVCVA continues to attract increasing numbers of leisure and business visitors to Las Vegas."

The new contract was awarded after an extensive, 18-month, five-step process that included coming up with a comprehensive list of qualifications and scope: issuing an RFQ, which whittled down the list to three qualified providers; issuing the RFP to the top three providers; face-to face interviews with representatives of the top two proposals; the high and low scores were dropped to obtain a final average, with Cox coming out on top; and lastly, the LVCVA staff entered negotiations with Cox to take over the contract.

The agreement between Cox Nevada Telcom and the Las Vegas Convention Center and Visitors Authority currently is in effect, according to Cox company officials.