Gear Expo 2013 Sees Growth Across the Board in Indianapolis 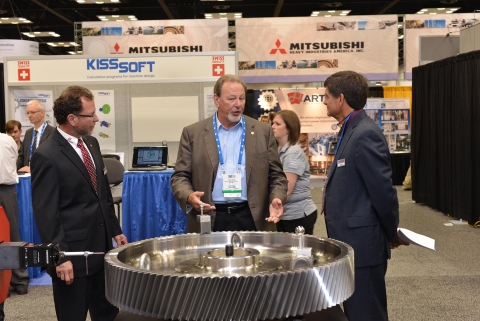 The biennial event, held Sept. 17-19 at the Indiana Convention Center in Indianapolis, attracted more than 3,400 industry professionals, an 11.8-percent increase in attendance, compared with 2011.

“Gear Expo is a high-quality event focused on precision, power and partnerships,” said Andrew Ortale, NTP’s executive vice president. “For more than two decades, gear professionals have relied on the event - and its exhibitors - to provide the latest industry information, technology, products and services to help expand and streamline their businesses.”

He added, “The event continues to deliver real strategic value as demonstrated by its significant achievements and expansion, and we anticipate even greater success in 2015, as we celebrate AGMA’s 100-year anniversary.”

The 2015 show already is off to a good start, with an 82 percent rebook rate for exhibit space selection.