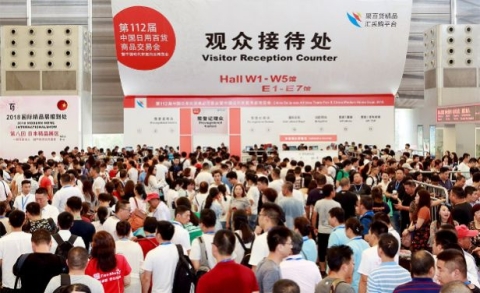 The growth of the Chinese trade show market is imminent and could mean big things for the global exhibitions industry. That is among the key takeaways from the comprehensive Global Industry Performance Review, which is now available for order.

With the pandemic on its heels as countries re-emerge, the United States and China appear to be in the best shape economically. The result is the industries already on the rebound have resumed plans for in-person trade shows and conferences, which is music to the ears of destinations announcing the resumption of large-scale gatherings at convention centers and other venues. Boston, Detroit and Atlantic City are among the most recent U.S. hubs to announce post-pandemic plans.

Meanwhile, on the other side of the world, earth-shattering expansion is on the horizon. The GIPR notes 18 venues are already under construction in China with another 19 in the works. “China is set to become the largest consumer market in the world with ever-increasing purchasing power — a favorable basis for the exhibition business,” the report predicts.

The construction is a sign of the growing maturity of the market, which so far is heavily invested in three major Eastern blocks, including Beijing. “The venue expansion opens up big time,” said Jochen Witt, president and CEO of the consultancy firm jwc, which published the GIPR. “It opens a lot of opportunities for event organizers.”

But three of the country’s largest shows were recently on the country’s other coast, an indication of where exhibitions are headed. Jochen, the former president of UFI, the Global Association of the Exhibition Industry, noted that 90% of Chinese trade shows are relatively small in scale but the country’s industry is benefiting from international trade show organizers operating with greater frequency there.

So important is China’s continued success that the GIPR for the first time dedicated an entire section to it. Not only that, the section takes up 60 pages of the full report, about the same amount as the emerging technological advancement occurring as a result of the pandemic.

In regard to the hybrid evolution, Witt stressed a new mindset must be adopted in creating a 365-day approach to engaging event communities. “Forget direct monetizing of an online event,” he said. “That’s the wrong direction.” Rather, he said, digital activities should be viewed holistically as avenues to reach out to customers via content, new products and more.

AEM Launches CONEXPO Connect Digital Marketplace for the Global Construction Industry
The Association of Equipment Manufacturers (AEM), in partnership with Balluun, has launched CONEXPO Connect, an online B2B marketplace serving the global construction…
Success in the Digital Revolution: Lessons from PCMA Convening Leaders
Continuing the digital education, virtual reality officially arrived at the event industry at Convening Leaders. At the already bustling TechCentral, crowds eagerly awaited…
UFI Global Congress' Special Interest Groups Will Focus on Range of Topics
True to its theme on “Pressures & Profits”, the program for this year’s UFI Global Congress is filled with sessions focused on overcoming obstacles and adapting to change…
CEIR Predict Conference Focuses on What’s Transforming the Trade Show Industry
Washington, D.C - When the Center for Exhibition Industry Research’s CEIR Predict Conference was held last week in Washington, D.C., one thing was abundantly clear – as…
IMEX Predicts a Focus on Humanity Will Be at the Heart of 2018 Industry Trends
After years of seeing technology revolutionizing the meetings industry and accelerating the rate of change in how people live and work, there will be a return to a focus on…
Digital Signage Exhibition Joins SIGN CHINA 2016 and LED CHINA 2016
SIGNCHINA 2016 and LED CHINA 2016 recently joined forces with Digital Signage 2016 Exhibition. Trade professionals are able to get access to three events with…