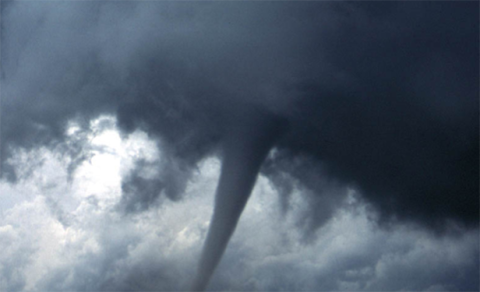 In the wake of sudden, severe storms that caused a series of devastating tornados to slam through Nashville and greater middle Tennessee in the early hours of March 3, the City of Nashville is starting to pick up the pieces. According to news reports, the storm claimed more than two dozen lives and caused extensive destruction to homes and businesses, with the East Nashville, Germantown and Donelson neighborhoods hit particularly hard.

But despite the extensive damage, Nashville’s resilient residents, including the Convention Center Authority, are already stepping up to help their community. On March 5, the CCA made a generous donation of $50,000 to The Community Foundation of Middle Tennessee fund on behalf of the Music City Center staff.

“The devastation from the tornado impacted many people and businesses in our community, including some from our team,” said Charles Starks, president and CEO of Music City Center. “On behalf of our team, we are making a donation as we stand together with our community.”

According to CCA officials in an official statement, Downtown Nashville and the city’s entertainment district were untouched and with minor exceptions, local hotels, restaurants, meeting spaces, attractions and venues are open. Shows went on as planned the evening of March 3 at the Grand Ole Opry, Ryman Auditorium, Lower Broadway honky tonks and other live music venues, and current conventions are ongoing at the convention center. 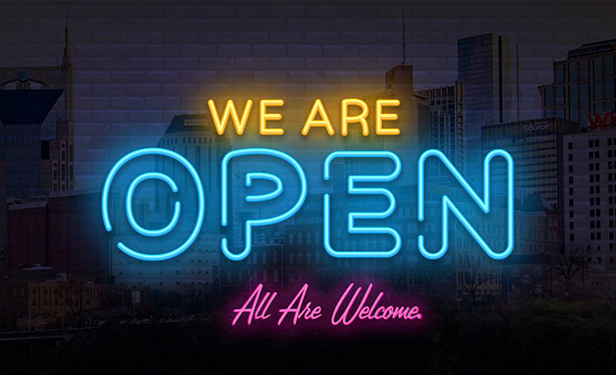 “We are grateful that even with all the devastation, the music keeps playing in Music City. At times like these, we not only have to help our neighbors recover but also keep them working and the industry generating tax revenue for the city and state,” according to the statement.

Butch Spyridon, president and CEO of the Nashville Convention & Visitors Corporation, said that while the CVB’s focus remains on helping victims and the city of Nashville recover, it has been fielding questions about the impact on tourism, conventions and meetings, especially by groups arriving in the coming weeks.

“We are grateful for the outpouring of support and concern since the devastating tornado,” Spyridon said. “We are overwhelmed by the support and donations to aid in recovery taking place in the impacted neighborhoods of East Nashville, Germantown and Donelson.”

He continued, “We are continuing to raise funds through Music City Inc., and those funds will be immediately distributed directly to families significantly impacted, with a priority on those employed in the hospitality industry.”

How to Help the Storm Recovery Effort

To provide immediate and direct support to families affected by the tornadoes, make a donation to Music City Inc., the 501c(3) charitable foundation of the Nashville Convention & Visitors Corp.

The Nashville Mayor’s Office also encourages donations to the following:

Join the Hurricane Relief Effort for the Bahamas at IMEX America
As Hurricane Dorian moved over the cold waters of the Labrador Sea and became an extra-tropical storm on Sunday, many communities along the Atlantic are facing the…
Here’s How You Can Help the Australia Fire Relief Effort
By now you’ve likely read the news reports and seen the photos. Australia is being ravaged by the worst wildfires the country has seen in decades, with many areas devastated…
Houston’s George R. Brown Convention Center Shelters 9,000+ Evacuees; Fern Mobilizes Relief Effort
After Hurricane Harvey slammed into the Texas Coast and spurred days of record rainfall resulting in deadly flooding conditions, the doors of Houston’s George R. Brown…
Join #Expochat: How Event Attendee “Personas” Impact Acquisition Efforts
It’s not about registration types or membership categories when it comes to acquiring attendees for your events. Attendees are motivated by what is important to them,…
Helping Its Community Is a Year-Round Effort for the San Diego Convention Center
While many exhibition venues may choose the holiday season to carry out acts of service that help their local communities, the San Diego Convention Center has made corporate…
David M. Gibbons Named New Executive Director for the Massachusetts Convention Center Authority
Longtime hospitality executive, David M. Gibbons of Rockport, Mass., was named by board of directors for the Massachusetts Convention Center Authority as its executive…