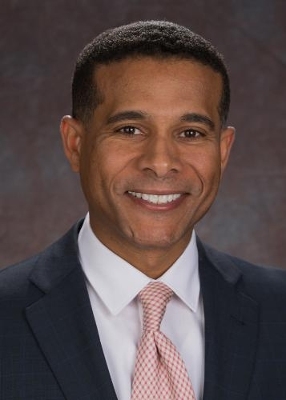 With 23 years of hospitality and tourism experience under his belt, Ronnie Burt has been tapped as the new president and CEO of the Kansas City (Mo.) Convention & Visitors Association.

Burt’s most recent position was vice president of sales and marketing for Destination DC, the bureau for the Washington, D.C., market.

She added, “Ronnie’s diverse background and impressive qualifications include demonstrated expertise in delivering measurable sales results which elevated him among a tremendous field of professionals.”

Burt replaces Jon Stephens, who was serving as interim president and CEO of the association.

In his new role, Burt will oversee a staff of 40 and $10 million annual budget.

"It is a privilege to join the Kansas City Convention & Visitors Association staff at this critical juncture,” Burt said. “I am excited to work with the executive committee and the entire board of directors along with the hospitality community to further enhance Kansas City’s position as a dynamic destination for meetings and events. Kansas City’s commitment to hospitality differentiates the city in tourism efforts that benefit customers, clients and citizens in all corners of the region.”

Burt began his career in the hospitality and tourism industry at Caesars Hotel and Casino in Atlantic City. He joined the Atlantic City Convention and Visitors Authority as an intern and rose the ranks to national sales manager.

Burt joined the Baltimore Area Convention & Visitors Association in 1999 as director of national accounts, eventually leading its sales efforts in the role as vice president of convention sales and services.

In 2006, he served as BACVA’s interim president and CEO, where he managed a staff of more than 50 employees and a $9 million budget.

A graduate of Richard Stockton College in Pomona, N.J., Burt also earned an honorable discharge from the United States Navy.

“The entire Kansas City region will certainly benefit from his fresh perspective, enthusiasm and ability to provide strategic direction in positively positioning the KCCVA for the future,” Tinnen said.