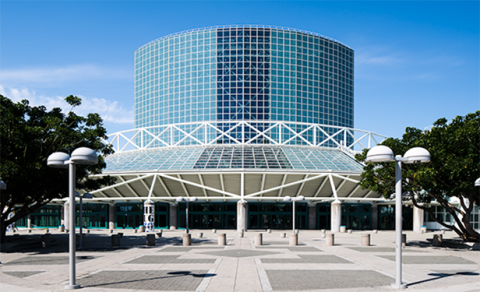 If the Los Angeles Convention Center’s recent fiscal report is any indication, the Downtown L.A. facility most certainly is not a loss-leader, but rather an integral economic impact generator for the City of Los Angeles.

The LACC recently reported generating a record-breaking $781 million of economic impact for the City in fiscal year 2016/2017, with $478 million attributed to convention attendee direct spending.

An additional $26.4 million was generated in tax revenues to the City, with $18.2 million in hotel transient-occupancy tax contributions to the City’s general fund – an increase of more than $90 million in total economic impact during the previous fiscal year.

“As a centerpiece of Downtown L.A., the Los Angeles Convention Center has proven to be an integral economic impact driver for the City,” said Doane Liu, executive director of the Los Angeles Department of Convention and Tourism Development.

The facility also set a record in the number of events it hosted, including a rise in citywide conventions that resulted in an increased occupancy rate of 74 percent (according to industry standard, a convention center is considered fully occupied at 70 percent).

During fiscal year 2016/2017, the LACC hosted 2.2 million visitors across 215 events, including consumer shows, industry trade shows and 32 large-scale citywide conventions such as the American Society of Cataract and Refractive Surgery, American Association of Neurological Surgeons and College of Chest Physicians, which filled an estimated 526,000 hotel room nights while sustaining 12,700 local jobs.

Since assuming management of the LACC in late 2013, AEG Facilities has worked closely with the Los Angeles Tourism & Convention Board to increase event bookings every year.

Besides hosting myriad conventions, trade shows, meetings and events of all shapes and sizes each year, the LACC also works to demonstrate its commitment to environmental sustainability and social responsibility by attaining and maintaining LEED Certification through the U.S. Green Building Council.

The venue was re-certified on the Gold level in 2015, making it the largest convention center in the U.S. to receive LEED EB: O+M Gold re-certification.