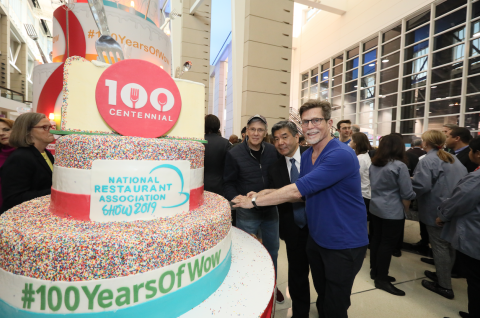 From the latest healthy snacks to new car wash technologies and trends in tile, May was a busy month for trade shows and associations. Here’s a recap of five that posted great numbers last month.

The centennial year of National Restaurant Association Restaurant, Hotel-Motel Show, one of the most anticipated events in the foodservice industry, was one to remember — not least for the 23-foot-tall, 1,200-pound birthday cheesecake in the middle of the show.

“Besides the record exhibit sales and strong attendance growth, the energy on the show floor was palpable,” said Mary Pat Heftman, president of the Restaurant Show Group at Winsight, owner and producer of the show. “Education sessions were standing room only; there were delicious new foods at every turn; and once again, ingenuity was on display everywhere you looked.”

The show will return to McCormick Place next May with a major addition: a fourth exhibit hall, announced at this year’s show.

“The demand this year exceeded the available exhibit space,” Heftman explained. “To accommodate the many exhibitors that want to join the show, and allow for booth expansion among current exhibitors, we simply need more space.” 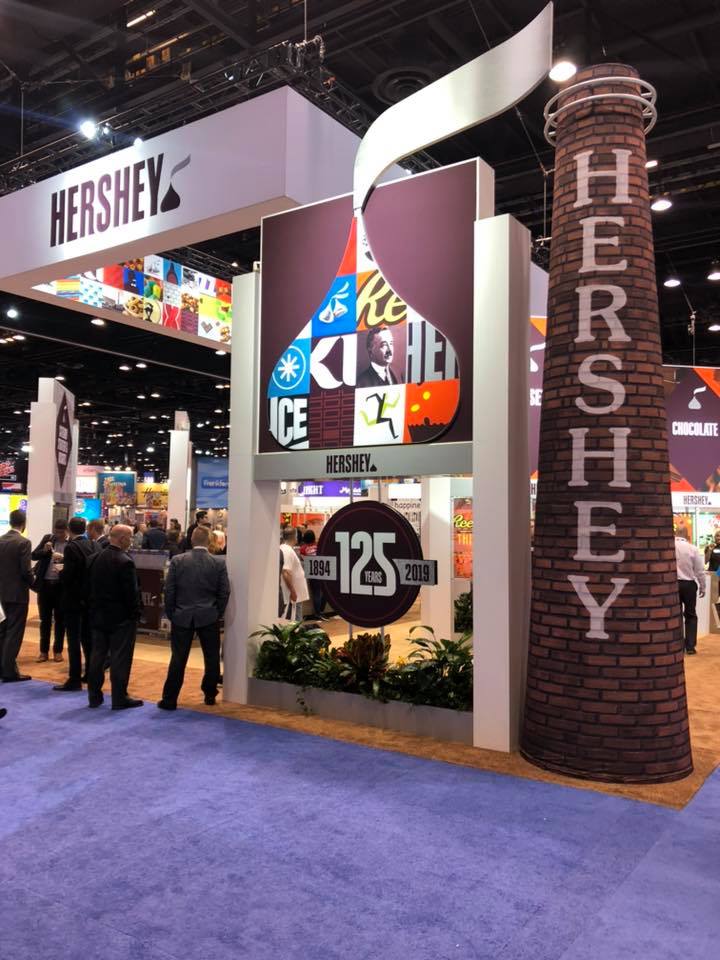 The 21st annual Sweets & Snacks Expo overlapped the National Restaurant Association Show by one day, also taking place at McCormick Place from May 21-23. As the main event for the confectionary and snack industry, hosted by National Confectioners Association, the show features many new product launches and innovations in merchandising each year.

More than 15,000 candy and snack professionals, plus more than 800 exhibitors (including 200 first-timers) attended this year’s show, which covered a massive 4 acres in the convention center.

“With hundreds of innovations, insights and ideas to transform the world of chocolate, candy and snacks, Sweets & Snacks Expo is the most important annual event in the industry,” said Carly Schildhaus, NCA spokesperson. “Sweets and snacks manufacturers have always been at the forefront of defining outstanding consumer experiences, setting trends, and delivering a wide variety of options and choices.”

The show has evolved greatly over the last decade, with many more natural food and healthier snack companies exhibiting. For example, winners of the show’s annual Most Innovative New Product Awards included snacks such as organic almond-butter-covered almonds from Justin’s, and chocolate-covered whole fresh frozen raspberries from Tru Fru. 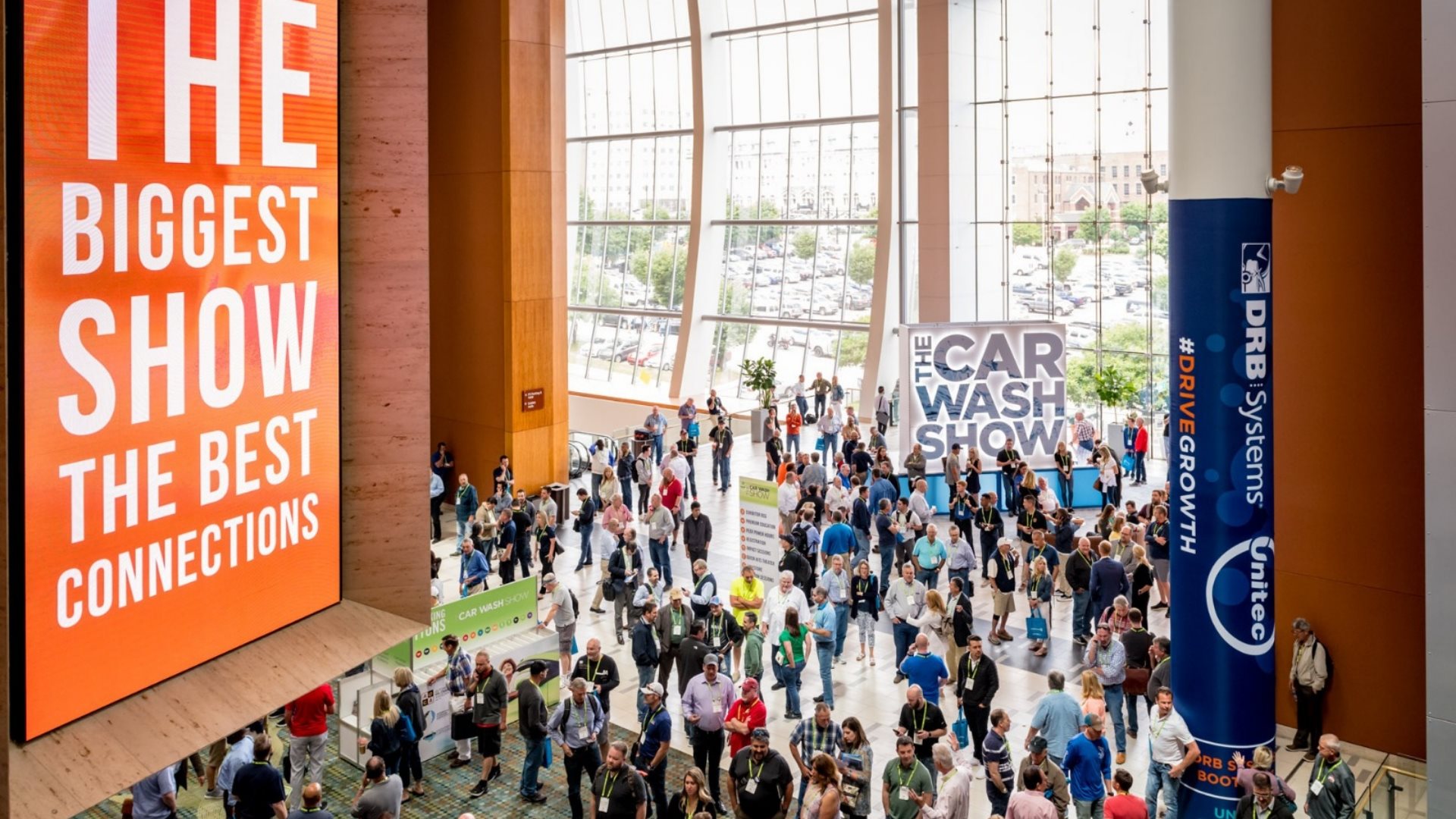 “Nashville is a fun city with a ton of hometown charm, and the friendly, energetic vibe matches our show and our industry completely,” said Kim Vinciguerra, vice president of events for International Carwash Association, which hosts the show.

She continued, “We were so excited to come back to Music City Center — it’s such a great, open space with access to tons of hotels and amazing food and entertainment.”

Country cuisine and music acts aside, this year’s show featured an enhanced program structure and expanded education lineup that was focused on technology, marketing, talent management and business strategy for its 9,500 attendees and 400 exhibiting companies. Through the redesigned program, attendees had the chance to purchase basic or premium passes, or a new “member experience” pass (for International Car Wash Association members) that gave access to more events, such as Peer Power Hours, which were attendee-driven discussions and panels. Those who purchased the member experience also got exclusive trade show time and other VIP perks.

On the last day of the conference, the premium education pass included Wrap-Up Workshops, which were “a great way to bring all [the education at the show] together, analyzing and absorbing the information they would take away and apply to their operations,” Vinciguerra said. 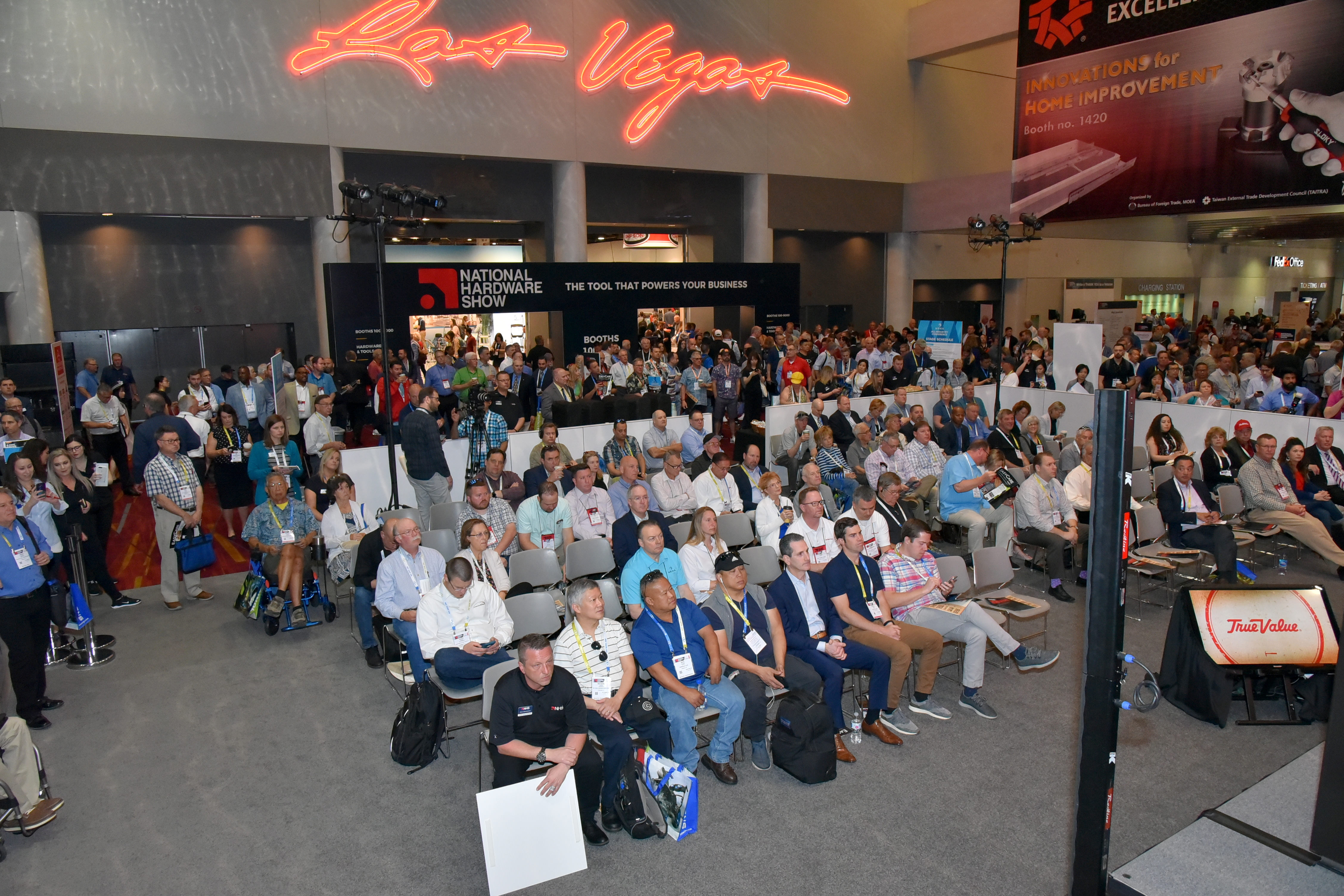 New interactive experiences were a major highlight of this year’s show, including the Smart Home, in which attendees could experience first-hand some of the industry’s most buzzy products and simulate a realistic buying experience.

“The 2019 National Hardware Show was a huge success because it created a variety of opportunities for professionals within the industry,” said Rich Russo, industry vice president of the show. “We are proud to host a Show that is at the forefront of the industry and continues to provide inspiration, new ideas and connections, innovation and insight.”

He added, “It was inspiring for us to see so many industry professionals from all over the world come together here at NHS.”

Another favorite area of the show was The Backyard Marketplace, located in the Tailgate, Backyard & BBQ section, where attendees could relax and enjoy amenities like snacks, a hydration station, music and entertainment. Almost 1,100 exhibitors showcased their latest products across nearly 480,000 sq. ft. Distributors attendance was up 9 percent from 2018, while the number of architects and designers, builders and remodelers, contractors and installers, fabricators and retailers grew by 10 percent.

“The significant uptick in attendance at Coverings is certainly a strong indication of the health and vitality of the tile and stone industry,” said Jennifer Hoff, president of Taffy Event Strategies, which manages Coverings. “It was particularly meaningful to see such strong attendee numbers as we celebrated three decades of Coverings.”

To drum up excitement for next year’s Coverings, which will take place in New Orleans from April 20-23, 2020, the show concluded with a second-line parade complete with festive Mardi Gras beads and a marching band.

Would you like to see your trade show featured in our monthly recaps? Send your latest information and press releases to kogletree@tsnn.com.