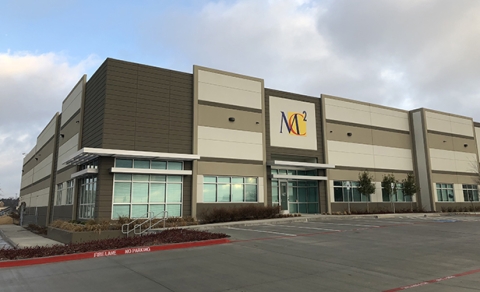 Global event and exhibit company MC2 has expanded its operations with the debut of a new office in Lewisville, Texas. Located in the DFW Metroplex, the new location is the company’s first in the Lone Star State.

Opened to support the company’s growth and clients in the technology and automotive industries as well as to be the home for the company’s Consumer Events division, the new 35,000 square foot facility was custom built for exhibit, event and permanent installation projects, and includes sales and account management services as well as warehouse and shipping facilities.

According to MC2 officials, Dallas was chosen due to its central U.S. location, which will allow the company to support its clients domestically and abroad.

“With MC2 clients relocating to Texas as early as 2015, it was a matter of time and opportunity before an office nearby made logistic sense,” explained Gary Benson, CEO of MC². “When MC2 client Toyota moved their headquarters to Plano in the fall of 2017, the decision became that much easier.”

MC2 has been strategic about its growth over the years in an effort to offer its client base convenient access as well as attract new business.

“We are pleased to announce our plans for growth in the Dallas market,” Benson said. “Along with our acquisition by MCH Group in Switzerland, MC²’s strong corporate culture and core values will allow us to better serve our customers in the Dallas-Fort Worth area and help continue our success throughout our network.”