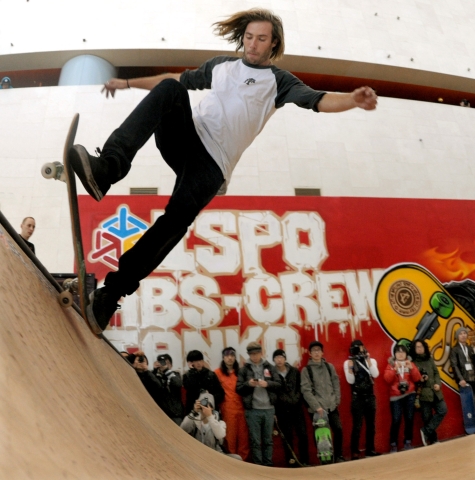 The new event is set to be a strong, segment-overlapping sports business platform in the key growth market of China, according to show organizers.

The event’s venue and date – as well as the exhibition itself – were determined in in-depth discussions with industry participants.

“The needs and demands of our customers were a top priority for us,” said Klaus Dittrich, chairman of the Management of Messe München GmbH.

A widely publicized poll early on established a dialogue and in-depth meetings with exhibitors and visitors yielded useful information.

Questions included the preferred venue and date, but also which new segments should be included in the new show. More than 70 exhibitors and 1,000 visitors favored Shanghai as the venue.

The obvious favorites among the segments were Outdoor, Action and Water Sports, as well as Performance and Fitness, which will be presented at the new trade show in 2015.

Roger Ren, general manager of Wild Rampage (national distributor of Osprey, Smith and Oboz in China) said he was excited about the new exhibition.

“We are really pleased that ISPO will launch a summer exhibition in Shanghai, because we will be able to gain access to wider variety of customers there,” he added. “We need this platform, and will not just continue our existing relationship with ISPO BEIJING, but also expand it to the new exhibition in Shanghai”.

“Due to the changing consumer behavior in China many of our members have begun to pay more attention to summer sports,” said Fan Jun, secretary general of the China Commerce Association for General Merchandise (CCAGM). “The new event definitely fulfills the requirements of the industry.”

The European Outdoor Group (EOG) and the World Federation of the Sporting Goods Industry (WFSGI) also confirmed their support.