Outdoor Retailer Will Stay Put in Salt Lake City Through 2016 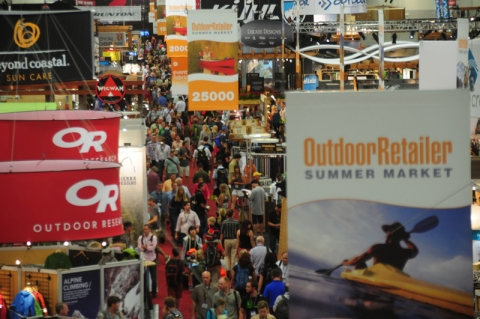 After a lot of speculation in which several other cities were floated as possible new locales for Nielsen Expositions’ Outdoor Retailer, the show has decided to stay put in its long-time home of Salt Lake City through 2016.

Show organizers, backed by the unanimous support of the Outdoor Industry Association board of directors, will continue to hold the Winter and Summer Markets at SMG-managed Salt Palace Convention Center.

"Outdoor Retailer is grateful to be able to remain in Salt Lake City for the next three years," said Kenji Haroutunian, Nielsen Expo Outdoor group vice president and OR show director.

He added, "The industry has a collective affection for this town; the shared outdoor passions, cost efficiency of doing business, and the partnership of regional and state officials have all directly contributed to the current vibrancy and success of the show."

The decision was not taken lightly, with show organizers concerned about inadequate housing and infrastructure, as both shows have continued to grow during the years.

OR show organizers initiated discussions with more than 3,000 tradeshow stakeholders regarding the growth trajectory of the show through surveys, advisory boards, one-on-one conversations, and through the Collective Voice website, an online sounding board and information site dedicated to the future venue question.

The Summer Market in particular, which ranked No. 40 on the TSNN Top 250 Trade Show list, has grown in leaps and bounds.

The show has posted increases in every measurable category, including exhibitor booth space, exhibiting brands, retailers and overall attendance, with most categories posting double-digit percentage growth.

The show’s overall footprint was more than 1 million square feet and the Salt Palace has 510,600 sq. ft. of space.

"Discussions about longer term solutions beyond 2016 are still ongoing with Salt Lake and other potential host cities," Haroutunian said.

He added, "We understand everyone is anxious for a longer-term decision, but making sure the show has a home that fits the needs of the industry is hugely important. The extension period will help us make sure we get it right."

The two-year extension comes with the support of the OIA, which worked alongside OR show organizers for a solution.

He added, “We've been working very closely with them every step of the way and are confident in their efforts to meet the needs of the industry and the show.”

Outdoor Retailer Signs Back on in Salt Lake City Through 2018
Even with so many attendees it's not easy to find a hotel room close by and some exhibits are outside in tents, Emerald Expositions’ Outdoor Retailer community has spoken…
Nearly 4,800 Attendees Flock to 2016 ASAE Annual Meeting & Exposition in Salt Lake City
Close to 4,800 association professionals and industry partners took part in the 2016 ASAE Annual Meeting & Exposition, held last week in Salt Lake City, Utah. Attendees…
Outdoor Retailer Chooses Mile-High City for All Shows Beginning January 2018
U.S. business-to-business trade show and conference producer, Emerald Expositions, has selected Denver as the official home of its three annual Outdoor Retailer trade shows:…
RECon to Stay in Las Vegas Through 2019
After considering other destinations, the International Council of Shopping Centers (ICSC) decided to keep its annual trade show RECon in Las Vegas for another two years with…
IBTM Americas Will Head to Music City in 2016
Reed Travel Exhibitions’ IBTM Americas spent this year in Chicago and will head to Nashville, aptly named “Music City”, June 15-17 next year. ibtm america 2015 featured more…
Comic-Con International Opts to Stay on in San Diego Through 2018
Just days before Comic-Con International kicks off its annual convention, San Diego likely is breathing a huge sigh of relief, with its biggest event signing on to stay in…