People News: Gearing Up for a Busy Season, Companies Keep Hiring Thru Summer 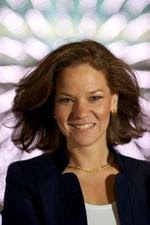 There really wasn’t a slowdown in hiring this summer; in fact, August saw plenty of new hires for suppliers and trade show organizers.

Cygnus Business Media appointed Brian Cassell as group show manager for Firehouse events. Brian will be responsible for the overall performance of Firehouse Expo in Baltimore, Md, and Firehouse World, in San Diego.

Cassell is a 20-year fire service veteran, serving on the marketing team for fire apparatus manufacturer KME for 10 years and as a volunteer firefighter with the Tamaqua, Penn., Fire Department.

In addition to his experience both as a manufacturer and firefighter, Cassell previously has served on the Exhibitor Advisory Boards of Firehouse Expo and Firehouse World, as well as FDIC and Fire-Rescue International.

Megee, who began her new position in July, will be responsible for the North East market, booking groups between 200 to 1,499 guestrooms on peak night.

Denise Capello has been appointed as the new business acquisition manager for the exhibition industry at Amsterdam RAI , starting Aug. 1.

The core business of Amsterdam RAI involves both organizing events and offering space and services to third parties.

Capello will be responsible for acquisitions and joint ventures for Amsterdam RAI in order to grow its international portfolio of events. Her prior role was as a business development manager for the corporate and exhibitions market for the past nine years.

Based in Shepard’s Indianapolis location, Bewsey will spearhead Shepard’s strategic expansion into the Midwestern market, including Chicago, Illinois; Columbus and Cleveland, Ohio; Louisville, Kentucky; and Nashville.

Bellagio announced the appointment of Meg Fasy, CMP as the resort’s new vice president of sales.  In this role, she is responsible for providing leadership and strategic direction for all sales efforts at Bellagio, a AAA Five Diamond, 3,933-room resort.

In this new role, Memoli will be responsible for convention sales in the Washington, D.C., market, where she also will reside. Memoli joins the team from Choose Chicago, where she was most recently director of Eastern regional sales.

Albert recently held the role of national sales manager at the Montego Bay Convention Centre, where she was directly involved in creating and opening the sales and marketing department.

People in the News: Hiring Picks Up to Lightspeed Going into a Busy Season
Summer hiring was brisk, and now with the busy fall season in full swing, suppliers and show organizers alike are hiring and promoting at an even faster pace than has…
People News: Flurry of New Hires Marks Busy End of Summer
Traditionally a slower time for trade shows, companies in the industry utilized their time instead hiring new talent and promoting from within before the fall kicks off a…
People News: February Marks Busy Month of Hiring, Promotions
February wasn’t just a month to celebrate Valentine’s Day and slog through the dog days of winter in some areas of the U.S., it also was a busy time for companies to hire new…
People News: Bevy of New Hires Marks Beginning of Spring
Suppliers ranging from convention and visitors bureaus to electrical services to display companies either promoted from within or added onto their ranks to mark the beginning…
People News: March Brings Plenty of New Hires, Promotions
Michael Fetter has been hired as the director of marketing in the Marketing Communications department for the Louisville Convention & Visitors Bureau. Before coming to…
People in the News: Companies Continue to Add to Rosters in October
Autumn brought a busy time with companies adding sales, marketing, operations and executive positions to their employee rosters. Shepard Exposition Services added of two new…