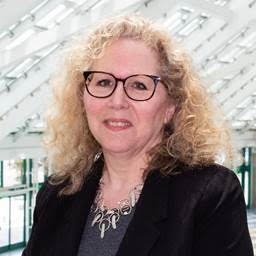 With the trade show industry continuing to grow, according to the latest Center for Exhibition Industry Research, there were plenty of new hires and promotions up the ranks recently.

The Los Angeles Convention Center (LACC), owned by the City of Los Angeles and managed by AEG Facilities, welcomed Nancy Walker as the new vice president of Sales and Marketing.

Walker joins the LACC with more than 20 years’ experience in the events and trade show industry, most recently as the director of sales, North America at Reed Travel Exhibitions.

Prior to her work with Reed, Walker was the vice president and associate publisher at Tradeshow Week Magazine.

“Nancy will be a great addition to the outstanding LACC sales and marketing team,” said Ellen Schwartz, assistant general manager at the LACC.

She added, “Her expertise and fresh perspective will strengthen our Sales and Marketing Department and the facility as a whole.”

The Huntington Convention Center of Cleveland and the Global Center for Health Innovation, managed by SMG, appointed Travis Poppell as director of sales. Poppell will begin his new duties on June 4.

He added, “He brings more than 20 years of sales and leadership experiences across a broad spectrum within the convention and hotel industry. Travis has worked in sales and leadership positions in the convention center, hotel, and hospitality fields in Florida and Ohio and brings an extraordinary knowledge base to our facility at a time when we are experiencing extreme national and regional interest in our community as a convention destination.”

Poppell comes to the Huntington Convention Center after serving as director of sales at the International Exposition (I-X) Center for the past five years, developing and leading the facility’s sales and marketing efforts and recruiting and cultivating major trade shows, conventions,and large consumer events.

Connect has added Steven Hacker, formerly president of the International Association of Exhibitions and Events, as executive director of Connect Expo.

Hacker joins the Connect team after a successful career as the CEO of several nonprofit associations.

His most recent position was as the principal of the Bravo Management Group, providing expertise to associations and event planners around the world. In his new role, Hacker will guide Connect Expo's growth as it continues to expand to serve the needs of the industry.

"As a seasoned events professional with a reputation that precedes him, Hacker's experience and knowledge to Connect Expo comes with a warm welcome," said Chris Collinson, president of Connect.

The supervisory board of Messe Düsseldorf GmbH headed by its chairman Lord Mayor Thomas Geisel extended the contract of Werner M. Dornscheidt as president and CEO until June 30, 2020.

“It means a lot to me that I will be able to work for this company until 2020,” Dornscheidt said.

Carey is the most recent executive to join the new DMO’s leadership team since Dean was appointed CEO in March 2018.

Weinstein joins RXUS on the heels of the announcement of Ron Walden leading as group vice president overseeing the Fashion & Festival portfolios of ReedPOP West.

Calvert currently is the founder and Executive Director of Source Cincinnati and returns to the CVB where she served as a senior executive from 2001-2016.

The announcement was made by CVB board chair Jim McGraw and comes after a months-long search by Minneapolis-based SearchWide, following the retirement of former CEO Dan Lincoln in December.

AVIXA™, the Audiovisual and Integrated Experience Association, hired Hamlet Ambersoom as the organization's vice president of Sales and Marketing.

People in the News: ASIS International, Core-Apps, Los Angeles CC Promote, Hire Employees
Summer’s kicking off with lots of new hires and promotions across the board in every kind of company, ranging from event apps to show management companies to convention and…
People News: InfoComm International, Nimlok, Urban Expositions, Connect Travel Make Hires
It’s been a busy spring, with a lot of companies growing their ranks with several new hires, including InfoComm International, The Expo Group, UBM Americas, Urban Expositions…
People News: The Expo Group, GES, Leftfield Media Make New Hires
The month of May has been an unusually busy one for new hires across a wide variety of companies in the trade show industry. The Expo Group hired Lloyd van Meter its new…
People News: Suppliers, Show Organizers, Destinations All Make Hires
Summertime hiring has been brisk, with a lot of companies bringing on new employees before the busy season gets into full gear again. IMN Solutions has appointed Claudia…
People News: Freeman, PCMA, Clarion UX and More Make Hires
Companies within the events and tourism world continued with a flurry of hires in March, showing the economy and outlook for the industry looks strong. Freeman has named a…
People News: CloserStill Media, Spiro, Nashville Convention & Visitors Corp and More Tap New Leaders, Make Key Hires
The second quarter of the year continues full steam ahead as organizations covering all facets of the trade show and events industries continue their strong hiring and…