People in the News: Rob Mesirow Steps Down from CTIA, Atlanta Convention Bureau Adds to Team 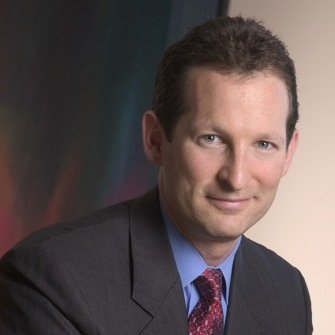 Robert Mesirow, vice president of business operations for CTIA – The Wireless Association, will be stepping down, after 17 years at the association.

“I want to thank CTIA, its board members and all of the wireless executives I have collaborated with over the years.  Special thanks to my dedicated team,” Mesirow said.

He added, “This Association has been at the forefront of every major mobile event since the inception of the wireless industry, and it’s been a great ride!”

Nov. 4 is Mesirow’s last day at CTIA, and he said he will be staying in the industry as well.

There was a shakeup in Reno, Nev.’s tourism community, with the Reno-Sparks Convention and Visitors Authority (RSCVA) Board of Directors appointing Jennifer Cunningham as interim managing director, replacing President and CEO Chris Baum.

Cunningham has more than 30 years of tourism and sales related experience, including a previous stint with the organization as the director of tourism sales from 1987-1996.

Since that time, Cunningham worked for the Silver Legacy Resort Casino as the director of tour and travel sales, and spent nearly 10 years as the director of sales, advertising, entertainment and casino marketing at Circus Circus Reno.

Cunningham has served as the executive director of marketing for the RSCVA since 2010.

“I’m honored by the board’s confidence in my capacity to lead the RSCVA through its most current evolution,” Cunningham said. “I look forward to working with our partners to help promote and improve the perception of Reno Tahoe and to ensure our tourism endeavors are persuasive and impactful.”

Vince Almoina and Amanda Dyson Dana are the newest sales managers to the organization, while Courtney Curry and Katie Kling joined as convention services managers.

DoubleDutch, the global leading provider of mobile event technology and event performance analytics, today announced the expansion of its executive team with the appointment of Brad Roberts as Chief Financial Officer (CFO). Roberts will be responsible for overseeing DoubleDutch’s finance and accounting teams globally.

People News: Ungerboeck Names Chandak New Prez/CEO; CTIA’s Rob Mesirow Goes to PwC
People hirings and promotions seemed to be happening at warp speed as winter turned into spring, with suppliers and show management companies strengthening their ranks.…
People News: Spiro, Atlanta Convention & Visitors Bureau and More Expand Teams, Appoint New Directors
Spring continues to blossom with a slew of new hires and promotions and newly created positions at trade show and event-related organizations across the U.S. and abroad. Here…
People News: Visit Baton Rouge, IAEE, Atlanta Convention & Visitors Bureau and More Tap New Leadership, Expand Teams
While the U.S. economy may be losing momentum, that hasn’t stopped trade show and event-related organizations—particularly convention and visitors bureaus—from hiring fresh…
People in the News: Companies Continue to Add to Rosters in October
Autumn brought a busy time with companies adding sales, marketing, operations and executive positions to their employee rosters. Shepard Exposition Services added of two new…
Deborah Sexton Stepping Down from Professional Convention Management Association
After more than 12 years, President and CEO Deborah Sexton has decided to move on from the Professional Convention Management Association and will step down after the…
Karen Kotowski Steps Down From Events Industry Council
Karen Kotowski, who has led the Events Industry Council (EIC) for the past 10 years, has tendered her resignation as CEO. With this change in leadership, EIC has initiated…