People in the News: Wyndham Jade and Emerald Expositions Promote Up the Ranks 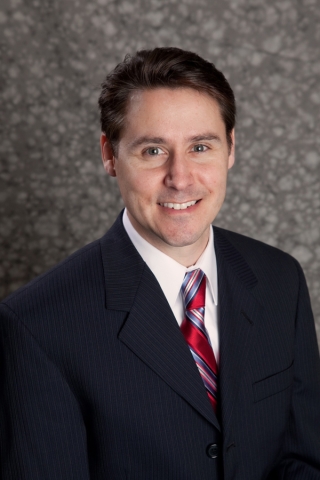 February was another brisk month of not only new hires, but also several companies promoted from within their own ranks.

Wyndham Jade has promoted Bryan A. Scott from chief strategy officer to president of the company’s Convention Division.

In his new role, Scott will continue to sit on the company’s senior leadership team and influence the strategic direction of the organization, while taking an even greater role in management oversight and innovation of new housing, registration, and meeting offerings.

“We are proud to recognize Mr. Scott’s contributions to our success with this well-deserved promotion,” said Sue Trizila, president and CEO of Wyndham Jade.

She added, “He is a visionary leader with the proven ability to deliver solutions that impact our clients and the industries we serve.  He is credited with the design of Wyndham Jade’s Reg5™, RoomLogic™, and Metric™ platforms.  I look forward to working with Bryan as he leads our growth initiative and transforms ‘Big Data’ into value for our customers.”

Scott joined Wyndham Jade in 2012 through the acquisition of his company, Taptopia, a pioneer in mobile software solutions for the event industry. He brings more than 18 years of multidisciplinary business and entrepreneurial experience to Wyndham Jade.

“I am delighted to have the opportunity to be part of this outstanding team of event, travel and technology professionals that achieve the level of results our customer’s desire,” Scott said.

In this new and expanded role, Jenks will oversee operations for the entire Emerald Expositions portfolio, which totals 85-plus tradeshows, events and conferences.

"Lori has been instrumental in the successful planning and execution of operations for over 60 Emerald Expositions tradeshows, conferences and other events each year," commented David Loechner, CEO, Emerald Expositions.  "The leadership, vision and innovation she brings to this position play an integral role in the continued success and growth of our brands."

Jenks has worked with Emerald Expositions and its predecessors for more than 20 years, and most recently served as vice president, Operations.  She is based in the company’s San Juan Capistrano, Calif., headquarters and reports directly to Loechner.

"Emerald’s recent acquisition of GLM expanded the size, scope and geographic reach of our business to more than 85 events each year," Jenks said. "I'm looking forward to working with our growing Emerald team, along with host cities, venues and third party vendors, to ensure the continued production of efficient, welcoming market experiences for our customers."

The Board of Directors of the Pennsylvania Convention Center Authority (PCCA) voted to approve the appointment of John J. McNichol to the position of president and CEO of the agency.

McNichol has served as vice chairman of the center’s Board of Directors and has been serving in an unpaid capacity as acting president and CEO of the PCCA since December 2013.  His appointment will be effective March 1, 2014.

“John has been an integral part of the board’s efforts to put the Pennsylvania Convention Center in the best position to deliver on its promise as a regional economic engine and a major driver of the region’s hospitality industry,” said Gregory J. Fox, chairman of the PCCA Board of Directors.

There were several other “People in the News” announcements:

Mark Lindheimer was named account executive with On Location, a nationwide provider of labor management services for the exhibit and trade show industry. Based in Chicago, Lindheimer will be responsible for developing new business and servicing clients on a national basis.

Oak Brook Hills Resort – made a number of recent hires, including Carol Buckantz as executive chef. A graduate of Johnson & Wales University, Chef Carol has a blend of experience as an executive chef for hospitality and food companies, restaurants, and as owner of her own business.  She served more than 13 years in leadership and executive chef positions with Wyndham Hotels & Resorts around the country.  The resort also named Mara Xenos as director of conference services and Norman Wong as banquet manager. Xenos joins Oak Brook Hills after serving as director of conference planning at the Q Center in St. Charles, Ill., and Wong previously served as banquet manager with J.W. Marriott, Chicago, and as private catering manager at Wolfgang Puck.

The Religious Conference Management Association (RCMA) Board of Directors has elected Melvin Tennant, CAE, president and CEO of Meet Minneapolis, Convention & Visitors Association, as their new board chair as of Feb. 3.

Fixation Marketing recently brought award-winning copywriter and D.C.-area advertising veteran Rosser Clark on board as its creative director. During the past two decades, Rosser's creative work has earned him numerous accolades, including District and National ADDY Awards, multiple appearances in Archive and the Print Regional Design Annual, and Communication Arts and National Broadcast Design Awards.