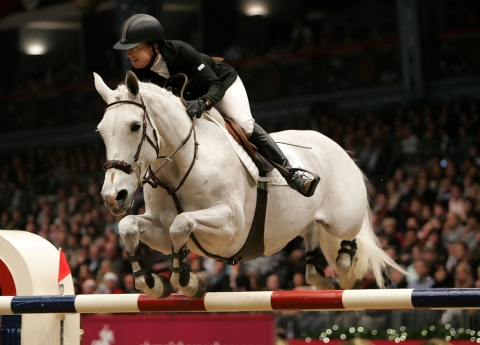 “We are delighted to invest in Clarion and back Chairman Simon Kimble and CEO Russell Wilcox in the company’s next chapter,” said Lionel Assant, head of European Private Equity at Blackstone.

He added, “Clarion’s leading position in its markets combined with its strong management team will enable the company to continue growing both organically and through M&A. Blackstone has a significant track record of investing in media businesses as well as buy and build platforms. We look forward to working together with management to capitalise on its success.”

Clarion hosts 180 events annually, employs nearly 1,000 people and draws more than one million visitors to its exhibitions each year.

According to news reports, the deal was valued at $782 million and other bidders for the company are said to have included U.K.-based Cinven and Xio, a Chinese investment firm.

“We are extremely excited about our new partnership with Blackstone and see a great future going forward,” said Russell Wilcox, Clarion Events’ CEO.

He added, “The management team has enjoyed an immensely productive and successful relationship with Providence, who have been tremendous partners over the last two years.  We have been impressed with Blackstone’s ambition and approach.  With their support and strategic leadership, we will be looking to expand our global platform even further, both through consistent organic growth and the successful integration of acquisitions into the portfolio.”

Blackstone has been on an acquisition streak of late – buying also International Market Centers – which owns the biennial Las Vegas Market and High Point Markets.

In June, Blackstone also entered into an agreement to buy Hong Kong-based Global Sources that has several sourcing shows, among others.

Clarion Events also has made some acquisitions recently, particularly in the United States when it bought Kennesaw, Ga.-based Urban Expositions last year, which has a portfolio of 37 events serving nine industry sectors.

Clarion’s overall portfolio is focused in sectors that include defence, telecom, gaming and oil and gas, to name a few.

Andrew Tisdale, managing director at Providence, said: “We are delighted to have partnered with the outstanding team at Clarion.  They have delivered both impressive organic growth and executed a compelling acquisition strategy.”

He added, “Clarion has developed an exceptional entrepreneurial culture, and we feel fortunate to have worked with them so closely.  We believe and fully support their strategy and its ongoing implementation – and are pleased to have the option to participate in Clarion’s future success.”

Providence, which invested in Clarion in 2015, has an option to reinvest a portion of its proceeds from the sale into Clarion.