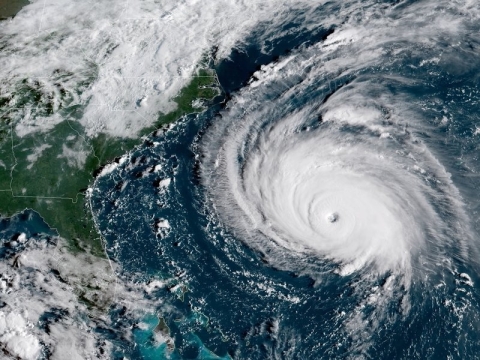 Several shows have canceled at convention centers expected to be impacted by Hurricane Florence, which is projected to make landfall in the Carolinas as a Category 3 or 4 storm on Friday morning.

The National Rifle Association has canceled the second annual NRA Carry Guard Expo, scheduled for Sept. 14-16, 2018 at the Greater Richmond Convention Center in Richmond, Va., due to the impending threat of severe weather associated with Hurricane Florence.

“The cancellation was made in the interest of public safety due to the forecasted arrival of Category 4 Hurricane Florence in the mid-Atlantic region this forthcoming weekend, and the resulting declaration of a State of Emergency by the Governor of Virginia,” NRA show organizers said.

They added, “This decision required careful deliberation and concern for the safety of attendees, exhibitors and others involved with the event.

Customers who purchased event tickets or tickets to paid workshops will receive refunds for their purchases.

“Despite this major weather event being beyond human control, the NRA regrets any inconvenience caused by this decision,” NRA show organizers said. “We look forward to welcoming guests and exhibitors next year to the 2019 NRA Carry Guard Expo, scheduled for Sept. 6-8, 2019, in Fort Worth, Texas.”

In North Carolina, the state in which Hurricane Florence is projected to make a direct hit, the Downtown Raleigh Home Show also has canceled.

The show was expected to run Sept. 14-16 at the Raleigh Convention Center. Show organizers said tickets can be used at other upcoming shows, refunded or donated to Habitat for Humanity.

In Wilmington, N.C., which is on the coast literally in the bullseye of the hurricane, there currently are no shows scheduled at the city’s convention center.

There also are no shows currently scheduled in Charleston, S.C., another city expected to be impacted, however the Monroe Hardware Fall Dealer’s Market has, which was expected to run Sept. 15-16 at the Myrtle Beach Convention Center.

The SER of the WOCN® Society 42nd Annual Conference, on tap next week in Myrtle Beach, currently still is scheduled to be held according to the event’s site, but they are monitoring the potential hurricane impact.

The Charlotte (N.C.) Convention Center is further inland and plans to still hold the Southern States Showcase Sept. 18-20, according to its web site.

Several Trade Shows Canceled at Brussels Expo in Wake of Terror Attacks
After a trio of terrorist bombings rocked the Belgian capital, two at Brussels’ airport and another at a metro station, the city’s main exhibition venue – Brussels Expo –…
Winter Storm Stella Prompts Trade Shows Up and Down East Coast to Cancel, Close Early
With Winter Storm Stella bearing down on the East Coast and the brunt of it striking today, trade shows up and down the East Coast from Atlantic City to New York City…
How Hurricane Dorian Is Impacting Meetings and Trade Shows
Hurricane Dorian whipped through Puerto Rico and the Virgin Islands yesterday, bringing heavy rains and high winds. As a Category 1 storm, it spared much of the main island…
More Conferences Canceled as Southeast Prepares for Hurricane Dorian
As Hurricane Dorian ambles its way toward the Southeastern United States, it’s wreaking more havoc on conferences and conventions. Show organizers are taking precautions to…
Hurricane Matthew Takes Aim at Eastern Seaboard, Events Begin to Cancel
Hurricane Matthew already has wreaked devastation across the Caribbean, and now the most current forecast has its trek taking aim at not only the East Coast of Florida, but…
Houston Hospitality Leaders Unite to Help Industry Workers Impacted by Hurricane Harvey
A month after Hurricane Harvey made landfall in Texas as a category 4 hurricane, many coastal communities in the Lone Star State now are in the process of picking up the…