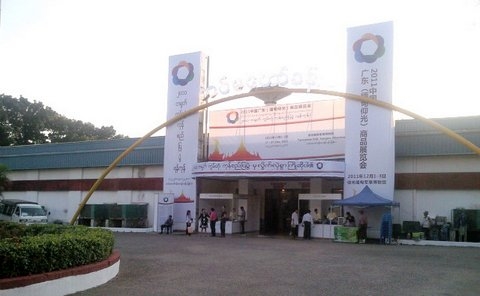 Several international trade show organizers have placed their bets on launching shows in Myanmar, formerly Burma, as the newest place to expand their portfolios.

U.K.-based ITE Group recently announced they would be launching another show in the country, Myanmar Oil and Gas Week, along with partner company VEAS.

“ITE Group is one of the world’s leading organizers of events for the oil and gas business community,” said ITE Group CEO Russell Taylor.

He added, “Our exhibitions and conferences are highly respected as business forums and many are market leaders. Myanmar Oil and Gas week will be an opportunity for all those concerned with developing one of the world’s most exciting oil and gas markets to network and meet key decision makers, new customers and new suppliers”.

Experts believe Myanmar could be one of the top five oil producers in the world since its sitting on approximately 50 million barrels of oil and 283.3 billion cubic meters of natural gas, according to show organizers.

ITE Group previously had unveiled it would launch an extension of their Cosmobeauté brand into Myanmar through its Malaysian subsidiary, ECMI ITE Asia.

UBM Asia is another global organizer going into Myanmar, with the launch of Intermach Myanmar, the first international industrial manufacturing and subcontracting exhibition in the country.

The show will be held Oct. 24-26 at the Tatmadaw Exhibition Hall in Yangon.

Steve Monnington, managing director of Mayfield Media Strategies, said, “They are very new, under-developed markets. Myanmar is the market everyone is talking about.”

There are challenges in Myanmar, though, such as lack of venue space.

The schedule at the main venue there already is full since the monsoon period cuts into when shows can be held, Monnington said.

“People are betting on another exhibition center to be built there,” he added. “The 2013 calendar already is full.”

That still hasn’t dissuaded international trade show organizers who are determined to get a foothold in the burgeoning country.