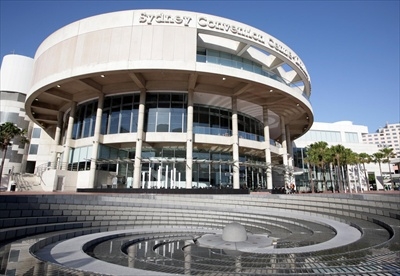 Sydney jumped an impressive 17 spots to snag the No. 10 ranking out of 364 global business destinations on the 2010 International Convention & Congress Association List.

Within the Asia-Pacific region, Sydney is ranked as the No. 2 business events destination, second only to Singapore.

In 2010, Sydney hosted almost half of the total number of meetings attributed to Australian cities.

“The result is a strong indication of the robustness of Sydney’s meetings industry and our ability to deliver world-class meetings, events and conferences,” said Jon Hutchison, CEO of Business Events Sydney (BESydney).

He added, “Sydney’s strengths in key subject fields coupled with the city’s collaborative approach to delivering event outcomes are important factors that are moving Sydney up in global preferences.”

Martin Sirk, CEO of ICCA, said, “I’ve been incredibly impressed by BESydney’s rigorous use of ICCA’s research tools to identify prospective business, and to aggressively market Sydney to international associations. It’s no surprise to me that they’ve climbed high in both ICCA’s world and regional rankings.”

To date, BESydney has secured 66 business events this financial year, expected to generate $185 million for the economy, which is a 50-percent increase, compared with last year.

In the ICCA rankings, Sydney’s closest Australian competitor is Melbourne, ranked No. 40 in the world. Vienna and Barcelona topped the global listings in 1st and 2nd position.

“Sydney’s outstanding performance presents fresh impetus and new opportunities,” Hutchinson said. “This is a great push for future growth that will underpin sales and marketing efforts to win events to fill the proposed new convention space, and capitalize on exciting plans for the ‘new’ Sydney including the Barangaroo project, refurbishment of Star City and other great new infrastructure developments on the drawing board.”

Here are some of the key meetings held in Sydney last year: