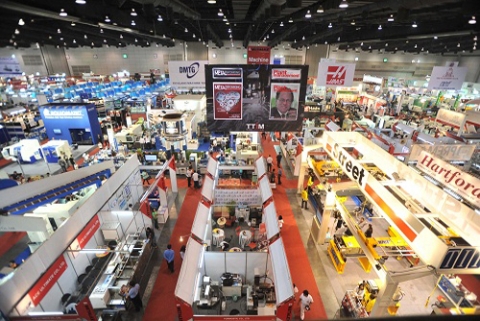 This year was a very good one for the Thailand Convention & Visitors Bureau, which recently announced the performance of Thailand’s MICE Industry for the fiscal year 2013, revealing that the sector had exceeded its targets both in terms of visitor numbers and industry earnings.

"Our efforts to drive the MICE sector in collaboration with all other stakeholders from both the public and private sectors have borne fruit,” said Nopparat Maythaveekulchai, TCEB’s president.

He added, “In all, this year, we have welcomed a total of 1,013,502 overseas MICE visitors, up 13.21 percent, compared with 2012. In revenue terms, earnings were also up by 10.93 percent to 88.485 billion baht, surpassing our annual targets for both numbers and industry earnings.  Asia was our largest source of MICE visitors, representing 75.25 percent of all MICE visitors, followed by Europe, with 10.06 percent, and USA, with 4.72 percent The top five countries were China, India, Malaysia, Japan and Singapore.”

For the 2014 fiscal year, TCEB has been allocated a budget of 880 million Baht to drive the country’s MICE sector under the 2012-2016 MICE Industry Master Plan. The following are TCEB’s key strategic goals:

2.      For the 30 percent of Thailand’s MICE market represented by existing markets, TCEB will focus on maintaining and developing these markets in Europe, North America and the Middle East. Key countries are the United Kingdom, Germany, France, Netherlands, Spain, USA and the United Arab Emirates.

In terms of the business sector, the MICE industry comprises three broad categories:

1.      Industries promoted by the Board of Investment (BOI) and key export industries (food and agriculture, gems and jewelry, tourism, medical and pharmaceutical industries, and electronic equipment)

3.      Emerging industries and those receiving government support, such as arts and culture, clean energy, health, creative industries and aerospace.

The last group is further subdivided by profession, as follows:

2.      Influencers such as agents, organizers, trade associations, chambers of commerce;

"I am confident that by implementing this plan, TCEB can contribute to boosting the number of MICE travellers by 5 percet, compared with last year, to a total of 987,000 visitors in 2014, whilst MICE industry earnings will grow by 10 percent to 96.9 billion Baht,” Nopparat said.