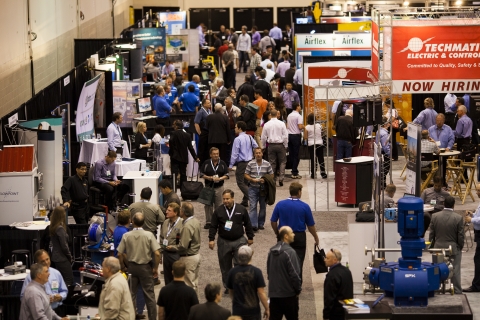 Culled from show management and data supplied to TSNN, the list represents the top 50 trade shows held last year in ranked by net square footage in Canada. The full list can be found at http://www.tsnn.com/toplists-cdn.

Snagging the No. 1 spot once again was Regina Exhibition Association’s Western Canada Farm Progress Show, with a whopping 1,232,670 showfloor at Evraz Place in Regina, Saskatchewan.

The show, held last year in June and run by the Regina Exhibition Association, also drew 806 exhibiting forms, 5,135 exhibiting personnel and 43,947 attendees, all of which posted increases, compared with 2011.

He added, “This recognition provides strength to the CFPS brand and adds credibility, which is so important when attracting international support for the trade show. We used the TSNN No.1 ranking as part of a plan to launch a new logo and brand strategy for the 2012 trade show. The new brand initiative proved to be very successful.”

She added, “We are proud to once again make the top 50. Thank you TSNN!”

In the 3rd and 4th positions on the list were both of the Canadian Gift & Tableware Association’s held biannually in Toronto.

Speaking of Toronto, the city handily hosted the most shows on the list, with 21, followed by Montreal, Edmonton and Mississauga, all with five, and Vancouver, with four.

“It’s great to see our destination and our convention, trade and congress centre venues again top the list, with Toronto hosting 21 of the top 50 events” said David Whitaker, president and CEO of Tourism Toronto.

He added, “Event planners, exhibitors, sponsors and attendees are all focused on venues and a city that maximizes their exposure and their expectations – the magnitude and scope of the events we successfully host speaks volumes about Toronto, our partners and our record of success.”

The busiest month on the calendar for the largest shows in Canada was November, with nine, followed by January, with eight.

The slowest month of the year was July, with no shows at all.