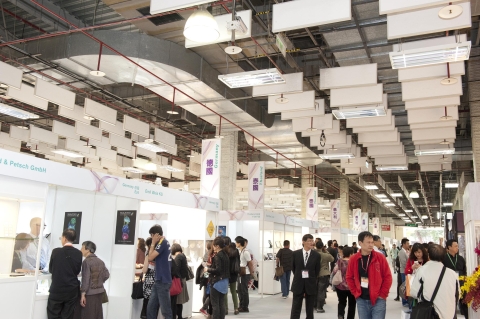 Held at Taipei World Trade Center, Hall 1, the event featured 183 exhibitors from 13 countries and regions, occupying 303 booths. Of the 6,963 visitors, 836 visitors, or 12% were from outside Taiwan. The top three visiting countries were Mainland China, India and Japan.

Sabine Liu, General Manager of UBM Asia Ltd., Taiwan Branch, commented, “With the B-to-B trade platform provided by UBM, the world leading organiser of jewellery trade fairs, and the continuous support from jewellery associations, government, it can be expected that the hardworking and skillful Taiwan goldsmiths will soon step on the world stage in the near future.”

The next edition of Taiwan Jewellery & Gem Fair will be held from 3rd to 6th November 2017, also at Taipei World Trade Center.