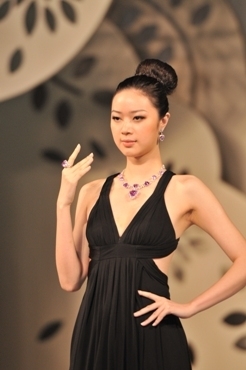 UBM Asia has opened an office in Shenzhen, which will focus on sales and marketing functions for UBM Asia’s jewelry portfolio comprising exhibitions, publications and Web sites.

China has a fast-growing jewelry market and in Shenzhen has become a center for manufacturing, especially in Shuibei, Luohu District, which houses over 1,500 jewelry companies.

"We have 14 jewelry fairs: three in mainland China including one in Shenzhen, five in Hong Kong and the rest are in Japan, India and Turkey,” said Jimé Essink, president and CEO of UBM Asia.

He added, “Our Guangzhou office and the Hong Kong headquarters have been doing a great job in serving the China jewelry industry and have established strong relationship with the industry and the key players. It is time to extend our network in China further.”

At this year’s September Hong Kong Jewellery & Gem Fair, the world’s largest jewelry fair owned by UBM Asia, which ended Sept. 25, buyers from China formed the biggest group of visitors from outside Hong Kong with 11,483, up 45 percent from last year.

The fair drew a record number of 3,454 exhibitors from 46 countries, representing a 13-percent increase, compared with 2009.

“We are very pleased to witness the success of the Hong Kong Jewellery & Gem Fair,” said Allen Ha, CEO of AsiaWorld-Expo Management Limited.  “This mammoth fair, along with other exhibitions and conferences at AsiaWorld-Expo, enabled the venue to make an economic contribution of some HK$13.4 billion in 2010, representing a 25-percent increase over 2009.”

He added, “It’s very encouraging to see that our efforts along with the organizer’s have paid off over the years. AsiaWorld-Expo offers exactly the right combination of facilities, international accessibility and services for today’s discerning and fast-growing MICE (Meetings, Incentives, Conventions and Exhibitions) industry.”