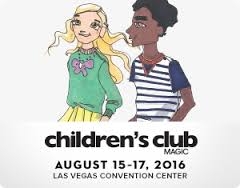 Evolving from the trade show Playground, which already was a part of MAGIC, Children's Club MAGIC will build upon that show's contemporary fashion roster to include the powerhouse brands and diverse retail audience that Children's Club is known for.

The show will take place every February and August at MAGIC alongside WWDMAGIC, PROJECT, FN PLATFORM and other high-profile UBM fashion markets.

Lee Rosenbaum, director of Children's Club in New York, has been appointed to oversee the show's west coast expansion as well.

"We are always looking for ways to better serve the needs of our brands and buyers,” Rosenbaum said.

He added, “The launch of Children's Club MAGIC will allow us to give the growing children's fashion market much needed access to the most influential players in the industry on both coasts."

Building on UBM's recent purchase of Business Journals Inc., a producer of fashion tradeshows in New York and Las Vegas, and the announced launch of IFF MAGIC in Japan in April 2017, this expansion of Children's Club is part of the company's overall strategy to continually give brands and buyers more opportunities for growth, according to UBM officials.

UBM Will Launch First Overseas MAGIC Show in Japan
On the heels of buying U.S.-based fashion trade show portfolio, Business Journals Inc. last week, U.K.-based UBM now will launch IFF MAGIC Japan, a new joint venture between…
UBM Fashion to Launch First Consumer-Facing Fashion Trade Show, VINTAGE@Intermezzo
UBM Fashion is gearing up to debut VINTAGE@Intermezzo, its first-ever consumer-facing fair inside Intermezzo Collections, one of six fashion trade shows within the NY Women’s…
UBM Fashion Group Launches SOURCING@Coterie in New York
Coterie is a global marketplace that bridges women’s apparel and accessories designers to the international ‘Who’s Who’ of retailers. Its new addition, SOURCING@Coterie will…
UBM Canon Will Launch Advanced Manufacturing Expo Mexico in Mexico City
UBM Canon, which produces a series of medical design and manufacturing events, joins with UBM Mexico to announce the launch of a new trade show in Mexico. The first…
UBM Launches Aquaculture Vietnam 2017
UBM, the organizer of Aquaculture Vietnam 2017 launched the event Feb. 22 at a press conference in Can Tho, Vietnam.   To be held Oct. 25-27 at the Can…
UBM to Launch ProPak Philippines in 2019
International exhibition organiser, UBM plc, will expand its ProPak portfolio to Philippines next year. ProPak Philippines will run from 24th to 26th January 2019 at the…