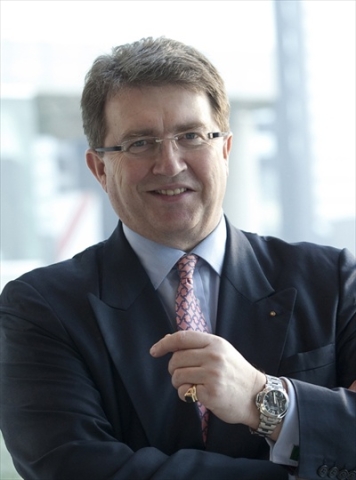 According to UBM Asia officials, Duck has been instrumental in the company’s growth since its establishment in 1994, particularly in Hong Kong, China and the U.S.

During the past five years, Duck also has played a crucial role in the rapid development of UBM India, helping it to become a sizeable $20 million in revenue business, with a healthy profit margin.

In addition, Duck has been heavily involved in the strong growth of UBM Asia’s business in the maritime, beauty and leather/fashion verticals for many years, according to UBM Asia officials.

Among Duck’s other responsibilities, he has driven the Sustainability and Health & Safety agenda within the global exhibition industry as chairman of the respective UFI committees.

In addition, he is an executive board director of UFI, having established and been appointed as the first chairman of the Asia Chapter of UFI, as well as serving as chairman of Hong Kong Exhibition & Convention Industry Association.

Duck will continue to be based in the Hong Kong regional headquarters office, reporting to Jimé Essink, president and CEO of UBM Asia.

In other UBM news, the company bought the business and assets of AMB Exhibitions Sdn Bhd and AMB Events Sdn Bhd in Malaysia, Vietnam and the Philippines to be overseen by the UBM Asia division.

He added, “UBM has existing interests in the core industries served by AMB’s shows and complementary footprints in three of the region’s fastest growing economies – the Philippines, Malaysia and Vietnam – as well as successful operations in Thailand and Singapore.”

Established in 1996, AMB operates five exhibitions in Malaysia and Vietnam, with four further new events planned for this year – three in the Philippines and one in Vietnam. The shows serve the water, livestock, energy, and mechanical/electrical industries.