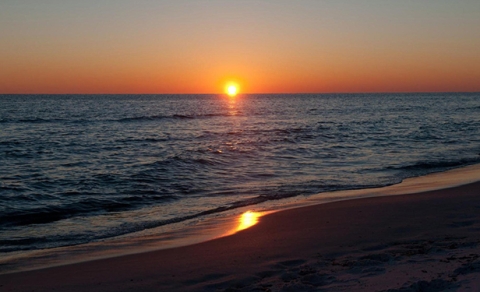 As publicly funded destination marketing organizations across the country face increased scrutiny over budgets and spending issues, some agencies are finding themselves under the microscope of state and local legislators questioning their ROI and very reason for existing.

Case in point: Visit Florida, which faced what appeared to be its imminent demise in the state legislature before receiving a nine-month reprieve earlier this week. The state’s tourism marketing agency will receive a $50 million budget through June 30 at the request of Governor Ron DeSantis, who asked that the agency stay alive for another year while he assesses its value.

While the 23-year-old DMO has survived past attempts to slash its funding, its fate still hangs in the balance. Florida House leaders have maintained a hardline position against the agency, pointing to questionable contracts from several years ago and debating the effectiveness of its tourism marketing efforts. Thus, Visit Florida and its supporters will have to fight for its future yet again when lawmakers meet in January 2020 for the next legislative session.

“We have great, talented people who work for our organization; we are very good at what we do, and I have no doubt we will continue to produce great results,” said Visit Florida President and CEO Dana Young in a video interview following the state budget hearing on April 29.

Then there’s Visit Dallas, which faced a grilling by City Council members in February following a January audit that revealed questionable reporting tactics of its ROI and tourism-marketing efforts, as well as Visit Dallas’ President and CEO Phillip Jones’s salary.

According to industry experts, increased scrutiny and fights over funding are nothing new. The biggest challenges ahead for DMOs include justifying the large amounts of money involved, proving their value and the ease with which those who don’t understand the industry question and minimize their impact.

“More than ever, DMOs are being asked to show that they are sound fiduciaries of public money for various reasons,” says Jack Johnson, chief advocacy officer for Destinations International. “A couple of different things are driving this, and what drives them in Florida and Dallas are driving them everywhere else; one is that local and state governments have expenses that are outpacing revenues.”

In many instances, destination marketing has become a veritable political football, particularly during election years when state and local politicians want to be seen publicly as fierce combatants of “frivolous” spending.

“If a DMO is supported by hotel tax or other public money, then you have to [expect] an annual review — it’s part of the process that city counselors, county commissioners and state legislators go through annually, and it’s their legal duty,” Johnson says. “What has brought it to the forefront now is that you have a scarcity of money or taxes that are underperforming, and there’s a need to find new or other revenues, or shift current revenues.”

That’s made DMOs a much greater target in the last few years. In addition, when times are good, people tend to forget the important role DMOs play in a strong tourism economy and community development when times are tough.

So how can DMOs help stem this vicious cycle? Accept the reality of annual reviews; stop living from crisis to crisis; and be willing to put in the time, effort and resources to engage local government officials on a regular, year-round basis, Johnson advises.

“The days of convention and visitor bureaus just being around to put heads in beds are over,” Johnson says. “Every destination now is competing with every other destination, not only in the region but also in the world. Those communities who fail to compete will be left behind. To compete, you need a brand; you need to be known; and you need to be a place where people want to go, live, visit and invest in.”

He continued, “If a DMO expects to be supported by public funds, hotel tax or otherwise, it needs to step up and position themselves as a public good, and with that comes responsibility and the understanding of what it means to receive public money.”

That also means operating in a much more transparent manner and being more present in the community, not only for new tourism initiatives or attractions in the destination but also for the basic elements of what goes into building a community. In other words, start thinking of local residents as your primary customers and treat them as such by finding creative ways to show and explain what you’re doing to help their community, Johnson says.

“It’s basically developing the constant outreach that you do to event planners, the travel media and influencers, and taking that same approach in pushing information to as many [local] people as possible,” Johnson suggests. “One of the things that comes with being a public good is that no one questions your existence.”

To help DMOs accomplish this proactive identity shift, Destinations International will be unveiling a major policy initiative in the next few weeks followed by a notebook of best practices and templates before the end of the year, Johnson says.