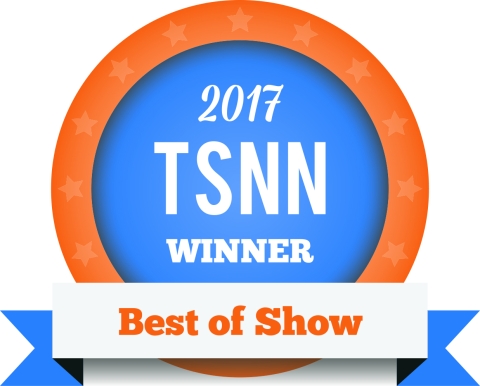 Trade Show News Network has selected the five finalists for our 2017 TSNN “Best of Show” awards. We asked show organizers to tell us why they believed their show was “best,” and the shows listed below are ones that we believe exemplify true innovation in the trade show industry.

Now, we need all of YOU to vote for the show that you think deserves to be named the Best of Show. The overall winner will be announced at the TSNN Awards, which honors the top 50 fastest-growing U.S. trade shows and is set for Aug. 21-23 in New Orleans.

The deadline to vote is July 21.

Here are the five amazing shows competing for this year’s “Best of Show” award!

Why Vote for Golf Industry Show?

Because they aced a hole-in-one when they offered a variety of new things designed to deliver more ROI to their exhibitors and improve the attendee experience! They even had a 30-year exhibitor state it was their “best show ever” due to the ease of the new complimentary lead retrieval software, along with a strategic floor plan that delivered more traffic to their booth than they’d ever witnessed. The show also turned an obstacle into an opportunity by utilizing columns on the show floor into a great use of space (well-defined areas around the columns where attendees could stop and recharge) that created a win-win for traffic flow and exhibitor satisfaction. Their new exhibitor packages were very popular and the number purchased surpassed projections very early in the sign-up process. Even though they didn’t hit their overall goal for square footage at the 2016 show, they still came out positive in show revenue due to out-of-box thinking in corner fees and new exhibitor turn-key packages. They did such an amazing job on exhibitor and attendee satisfaction, their event earned them a well-deserved spot on the green!

Why Vote for Cultivate'17?

Because of their creativity in hosting a new workshop that invests in “growing” their industry talent (nice)! Called “CareerUp,” this workshop is tailored to young horticulture professionals and the unique situations they find themselves in – talk about cultivation! The show’s new fast pitch stage, “Cultivate Live,” offered exhibitors the chance to demonstrate, share and show off what’s awesome about their products and innovations (sort of a show-and-tell for the industry’s latest and greatest!) while their New Products Zone  allowed companies to share what they’ve been up to this past year. Cultivate is a truly spectacular show to behold, with hundreds of plants in displays across the entire Greater Columbus Convention Center. In fact, it’s one of the only shows to take over and turn the convention facility into a veritable horticulture wonderland! We liked the way their fresh ideas came together and allowed everyone involved to bloom!

Why Vote for Labelexpo Americas 2016?

Because of their extremely high attention to customer feedback! This kind of responsive listening helped them achieve a better show experience, extra revenue and a reputation among their attendees and exhibitors of staying ahead of trends (good going)! They worked hard to make the improvements their customers wanted and the change of atmosphere on the show floor was clearly noticeable, with a renewed energy that provided a boost to the industry – something so many of their competitors have struggled to do (what a profound way to be labeled by your peers!) We were also in awe of how their creative marketing team entertained their event peeps. Since Labelexpo is synonymous with innovation and is first and foremost a show with working machinery, their award-winning marketing team worked their magic using a related theme. In a nod to eccentric American cartoonist and inventor Rube Goldberg, they created their own “fantastical machine” that represented the printing process and demonstrated how every part must work together seamlessly. Environmental issues were high on the agenda, as well, and the Linerless Trail championed ways of improving sustainability and reducing costs and waste. The U.S. label industry generates 370,000 tons of liner waste every year, so it gave visitors access to exhibitors who could improve their green credentials. As a result, Labelexpo Americas 2016 was a success in every metric: more space sold, more visitors (who stayed longer), more features and educational sessions, new audiences and the highest rebook ever!

Because of their pervasive ability to embrace the motto of “adapt and overcome!” They relocated and had a transportation issue, but because of their savvy use of social media and communication efforts (via a fun video clip), they far exceeded needs with a re-invented and robust transport system that piled in a major economic impact to the local area. Their use of social media was unsurpassed, with organizers introducing selfie stations that resulted in over 40,000 Instagram posts with the event hashtag. They had a very fun “out of the box” promotional idea, too! Guests were celebrated with a special Twitter promotion called “SuperSize Goodie Bags,” an effort that was seemingly conducted at random throughout the show and was hosted at the booths of special vendor partners. This “SuperSized” giveaway was initiated by a tweet from the organizer’s account beckoning guests to a specific spot to perform an outrageous or challenging stunt (we just love boots-on-the-ground engagement!), with prizes provided by vendors. In post-event surveys, visitors expressed their enthusiasm with the 41-year-old event’s new location. We salute them for accomplishing their mission of a very successful show!

Why Vote for ATS 2017 International Conference?

Because of their ability to initiate a breath of fresh air into a very serious and specific medical event! We were inspired by their guru stations with “burst sessions” that were jam packed! They overcame a rather large tech challenge, too. They had a technology audit performed that provided a detailed analysis of what needed to be upgraded, what needed to be eliminated and what needed to be added. The show’s team got right to work and implemented the following new additions/upgrades: added beacon technology through the mobile app as well as an outside vendor; integrated audience response via their mobile app; added a video wall to the registration area showcasing major sessions or important events; added large video walls to their American Thoracic Society Center booth in the hall (which then incorporated Lively live polling software); upgraded their abstract submission software; created an online application process for industry program sponsorships; moved the Discovery Quest (an exhibit traffic driver) to the mobile app, and utilized El Toro geofencing – whew! After catching our breath, we came away very impressed with how they worked together as a team, pulled it all together, created a relaxing mood and carried out a great show!

Vote here TODAY and tell us which show deserves to win the “Best of Show” award!