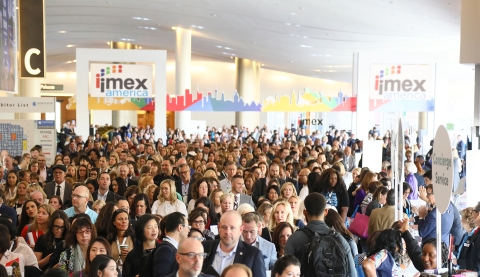 While trade shows throughout the globe are continuing to cancel due to fears of COVID-19, some major events in the U.S. and Germany are forging ahead. They’re leveraging strong and transparent communication plans to reassure concerned attendees and exhibitors that their health and safety remain a top priority.

CONEXPO-CON/AGG & IFPE will be taking place as planned at Las Vegas Convention Center, March 10-14. According to a statement on its website, the show is not only closely monitoring the latest updates from the Centers for Disease Control and the World Health Organization, but is also working proactively to reduce any health risks at the event. While some of the show’s international exhibitors and attendees will not attend the shows due to travel restrictions and the spread of the virus in China, Italy and South Korea, CONEXPO is still expecting more than 130,000 attendees, according to show officials.

Overall, the expected cancellations of China-based exhibitors and attendees will have a very limited impact on the shows, representing less than two percent of the almost 2.7 million net square feet of exhibit space and 1 percent of registrations, according to the statement.

Meanwhile, CONEXPO-CON/AGG & IFPE is staying transparent with its participants by providing regular updates and posting a list of precautionary protocols it will be following to keep its attendees and exhibitors safe at the show.

With no reported cases of COVID-19 in Clark County or Nevada, EXHIBITORLive officials say that so far, they’ve experienced no cancellations except from international exhibitors traveling from areas where air travel has been restricted.

Set to take place March 29-April 2 at Mandalay Bay Resort & Casino in Las Vegas, the show for event marketing professionals says it is also monitoring the situation via the CDC and the WHO while actively working with health agencies, venues and suppliers to stay on top of the latest information and guidance available, according to a statement on its website.

As of press time, EXHIBITORLive is expecting an estimated 225 exhibitors and nearly 5,000 attendees.

Although IMEX Frankfurt is still several weeks away, it is continuing to “plan confidently for the show,” according to a dedicated COVID-19 page on its website. Set for May 12-14 at Messe Frankfurt in Frankfurt, Germany, IMEX officials say there are no plans to postpone or cancel despite the cancelation of major events across Europe within the past few days.

According to a statement from IMEX officials, “This unprecedented situation is changing daily so we remain watchful, but also focused on delivering what is an extremely important event for the global business events community.”

In addition, IMEX says it is in daily contact with its global partners around the world and in Europe, with the German Convention Bureau, Messe Frankfurt and the Frankfurt Tourist Office and the appropriate authorities, including national and global travel and health advisory bodies. IMEX is also consulting with experts on the appropriate sanity and health measures and plans to take all appropriate measures at the event.

In its messaging, IMEX is also encouraging calm, cool-headedness and reliance on science to separate fact from fiction while preventing further panic during this time of uncertainty.

“COVID-19 is presenting the business events and travel industries with an unprecedented global challenge,” reads a statement from IMEX officials. “The IMEX team are passionate believers in, and advocates for, the substantial social and economic power of meetings and events. We know that the negative long-term impact of speculation, hype and over-reaction will be damaging not just to our industry, but also to your local communities and business as a whole. We feel strongly that it is our collective responsibility to focus on the facts and to act with common sense and sound judgement, taking the advice of the relevant authorities and scientists.”

TSNN is continuing to monitor the rapidly changing situation regarding COVID-19’s impact on the trade show industry. Check back regularly for more updates.