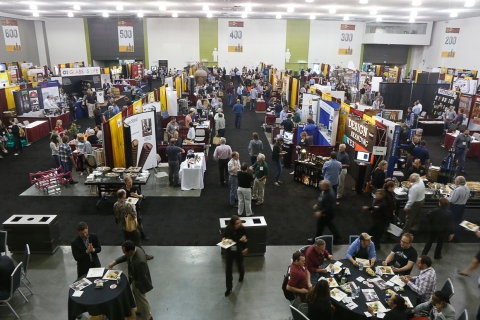 More than 1,300 attendees, who are members of the artisan wine, craft beer, craft spiritsand craft cider industries, gathered May 6-8 in San Jose, Calif., for the inaugural Craft Beverage Expo.

“The turnout was simply incredible - the educational sessions were thought-provoking, and the networking events had great energy” said Kellie Shevlin, executive director of Craft Beverage Expo.

She added, “These folks work very hard at their craft and as small business owners it's challenging for them to get away for educational and networking purposes. We’re so proud and pleased they chose our event not only for connecting with like-minded people, but also for finding sustainable competitive advantages.”

Several luminaries from the craft beverage sector were on hand to speak to the theme for this year’s event, “Get Here. Get Noticed.”

“Kellie Shevlin did exactly what she set out to do in creating this event, and VP International was proud to be her partner in that effort,” said Vinnie Polito, managing director of VP International.

Besides the attendees, there were 160 exhibitors on the showfloor, offering products and services tailored to the size and scope of their craft- and artisan-scale operations.

Next year’s show will take place May 6-8, but will move to Santa Clara, Calif.

“Building on the momentum of this year, we decided to stay close to the South Bay to strengthen our relationships,” Shevlin said. “Northern California has both a thriving craft industry and the forward-thinking, hands-on attitude that really speaks to our audience.”