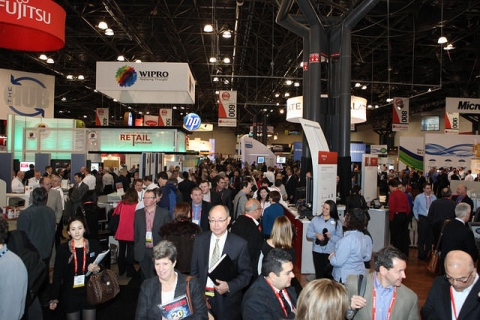 And the good news just keeps on coming, with several shows across a broad spectrum – from fancy foods to convention managers to retail – all reporting record-breaking numbers.

The National Association for the Specialty Food Trade reported that their recent Winter Fancy Food Show, which was held Jan. 15-17 at the Moscone Center in San Francisco, drew the biggest crowds the show had ever had, with 18,000 buyers checking out the marketplace devoted exclusively to specialty foods and beverages on the West Coast.

To accommodate the demand from exhibitors, NASFT added exhibit space that allowed 60 more specialty food makers to present their products.

“The numbers are strong and so is the spirit of innovation and creativity that are the foundations of the specialty food industry,” says NASFT president Ann Daw.

She added, “Our industry is showing renewed vigor.”

More than 3,743 attendees, a record that originally was set at last year’s event in Las Vegas, showed up for this year’s PCMA annual event, with a 9-percent year-over-year increase in planner participation.

PCMA’s hybrid event also attracted more attention this year, with total hours spent in sessions increasing from 3,123 in 2011 to 5,123 this year.

"We're very fortunate our leadership feels strongly that the association has to be on the leading edge of meeting trends and that our members allow us to continue to take risks,” said Deborah Sexton, PCMA president and CEO. “If attendees leave here excited about trying something new - changing it up - that's what it’s all about.”

She added, “With the help of our on-site production partners Active Network, bXb Online, Experient, Freeman, INXPO and MultiView this year’s engagement numbers confirm we’re delivering an experience our member’s need and want both virtually and face-to-face. We’ve raised the bar and set expectations.”

The show was held Jan. 15-18 at the Jacob K. Javits Convention Center of New York and featured a 152,000 sq. ft. showfloor, which was 95 percent rebooked for next year’s show.

“The phrase ‘jaw-dropping’ best summarizes the overall theme of NRF’s 2012 Annual Convention, and there was a buzz in the air like never before,” said NRF President and CEO Matthew Shay.

He added, “From President Bill Clinton’s inspirational keynote to the jam-packed EXPO hall full of the latest retail technologies, every aspect of the event was bigger and better this year.”

Fancy Food Show, NAMM Show, SHOT Show All Post Strong Attendee, Exhibitor Numbers
The trade show industry had a strong kick off for 2016, with shows posting big exhibitor and attendee numbers that focused on not only what the newest gourmet food trends…
PCMA’s Convening Leaders Annual Meeting Breaks Attendance Records in Chicago
It may have been cold in Chicago in the second week of January, but that didn’t stop a record amount of attendees from coming to the Windy City for the Professional…
2018 ASAE Annual Meeting & Exposition Breaks Attendance Records in Chicago
A grand total of 6,092 association professionals and industry partners converged Aug. 18-21 in Chicago for the 2018 ASAE Annual Meeting & Exposition, the highest…
IAEE’s Expo! Expo! Annual Meeting & Exhibitions Breaks Attendance, Showfloor Records in Baltimore
“Charm City” lived up to its name, and then some, when more than 2,500 attendees flocked to Baltimore, Md., last week for the International Association of Exhibitions’ Expo!…
China International Pet Show Breaks Records in Beijing
The 18th China International Pet Show (CIPS) – a trade fair in Asia for pet supplies and aquarium products broke new records when it ran recently in Beijing: 946 exhibitors…
Summer Fancy Food Show Largest Ever in New York City
The 2016 Summer Fancy Food Show was the largest in exhibit space since it was established in 1954. More than 2,670 exhibitors filled the halls of Jacob K. Javits Convention…