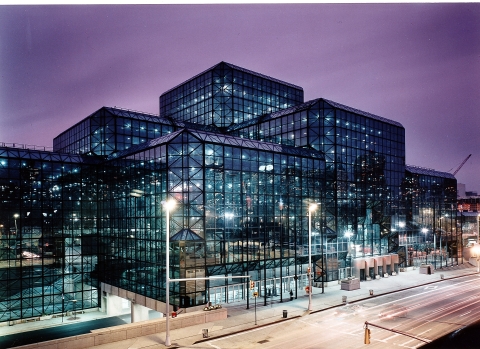 Alan Steel, a 30-year veteran of the trade show industry, has been named president and CEO of the Jacob K. Javits Convention Center of New York.

Steel is replacing Gerald T. McQueen, the center’s leader for the past 14 years, who resigned in October and stayed in his post until a successor was found.

"I'm excited to have the opportunity to work with the various constituencies which interact with the Javits Center,” Steel said.

He added, “It's obviously an interesting time here. My primary goals will be to make a real difference to the customer experience and to address issues and opportunities related to recent announcements concerning the building's future."

He started at GLM in 1982 and oversaw not only corporate strategic planning and direction for the company's shows, including the National Stationery Show and SURTEX, but also was active in developing domestic and international markets for the company.

Before GLM, Steelworked for more than 15 years with the British government in a number of trade-related positions at theDepartment of Trade and Industry in London, theBritish Consulate in Chicagoand theBritish Trade Development Office in New York.

Steel is joining Javits at a time when the center’s future has been questioned after New York Gov. Andrew Cuomo announced a plan involving a private Malaysian company financing the build of a massive center near the Aqueduct Race Track.

As part of that plan, there have been calls to tear down the Javits Center, which sits on valuable development land.

During his tenure at the Javits Center, McQueen helped transform it from a place plagued by corruption and racketeering to a venue with a stable work force, well-maintained building and capable management team.

"I regret leaving a job that has been such a large part of my professional life", McQueen said. "But secure in the knowledge that Alan Steel can continue Javits' mission of providing excellent customer service and economic impact to the city and state of New York.”