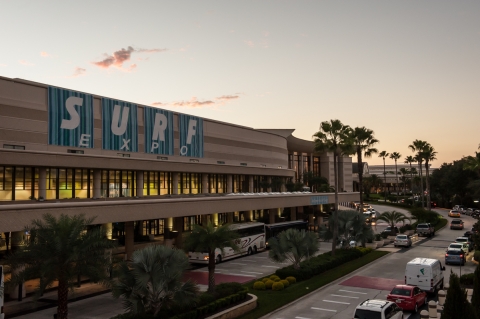 Despite winter weather causing havoc the past few weeks, archery and surfing enthusiasts weren’t deterred from being at shows in those sectors, resulting in positive numbers for attendance and exhibitors.

The 2014 (Archery Trade Association) Trade Show was held Jan. 6-8 in Nashville, Tenn. - smack dab in the middle of the Polar Vortex pushing bone-chilling temperatures into the United States – but that didn’t stop the show from achieving record-breaking results.

Setting one record was a total of 1,047 retail and distribution buying companies represented by a near-record 3,193 individual dealers, distributors and buyers attended the show, as well as 584 exhibitors, which topped previous numbers.

“There’s no doubt we were lucky we didn’t get caught in Indianapolis this year, where the snow fall and winter weather were far worse,” said ATA President and CEO Jay McAninch.

He added, “But this Show — in spite of travel disruptions — drew record attendance from our all-important retailer/buyer/distributor membership. Frankly, the word we got from nearly all exhibitors was the 2014 show set new records for orders and for the strength of the people walking the showfloor. “

Out of the 2,500 booths on the busy showfloor, 230 of them were there for the first time, an increase of 6 percent, compared with last year’s event.

He added, “We always strive to bring together a quality mix of exhibitors and buyers - and the feedback confirms that we achieved this goal. We are pleased that we continue to be a show known for generating business.”