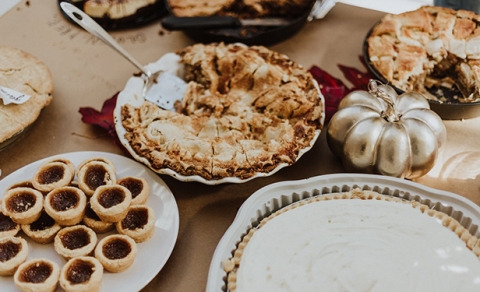 More than a decade after the launch of the Green Meetings Industry Council (GMIC), now the Events Industry Council Sustainability Initiative, we’re still trying to make our events more environmentally friendly. One area where it’s easy to make a difference is food waste, or the reduction thereof.

“It’s really just having a plan going in about what waste you’re going to generate and trying to minimize that as much as possible,” said Sustainable Event Consultant Julia Spangler.

She continued, “Maybe you’re serving on all disposable dishes and using plastic cups or handing out a lot of bottled beverages, things like that. Identifying opportunities to switch those out for reusable items is definitely easier and more environmentally beneficial, as well as reducing waste in the first place, as opposed to processing a ton of waste that is generated at your event.”

In a 2014 report, the United States Department of Agriculture (USDA) found that the U.S. loses or wastes 133 billion pounds of food per year or 31 percent of the country’s annual available food supply. And in 2016, the USDA and Environmental Protection Agency (EPA) announced a national goal to cut food waste in the U.S. in half by 2030.

Not only can reducing food waste cut costs, but it can also help the local community through programs like food donation.

According to data from statistics portal provider Statista, more than 553,000 Americans were homeless in 2017 and over 12 percent of the U.S. population lives below the poverty line. The majority of these people live in large cities – the most likely to host large conventions and meetings – and could potentially benefit from event food recovery programs.

“When you hear the numbers, you start understanding how many people in this country are food insecure, who don’t know where their next meal is coming from,” said Jim Spellos, director of technology at food recovery organization Rock and Wrap It Up! “We have the food and we can get it to the people in need.”

An initial best practice for reducing food waste sounds simple: refrain from over-ordering. But this can be harder to calculate than one might expect unless you already have historical data.

Eliminating buffet stations in favor of food that is prepared but not served can both reduce waste and make any leftovers more likely to meet the food safety regulations required for donation. Serving smaller, bite-sized passed hors-d'oeuvres at receptions rather than putting out platters can also be helpful.

But in order to take the necessary steps, venues, caterers and planners all need to understand what is acceptable for donations, composting and recycling within the specific city each event is being held.

Partnering with an organization such as Rock and Wrap it Up! or working with a venue that actively works to reduce food waste can help. For example, MGM Resorts donates surplus (prepared but unserved) hot banquet food to Three Square Food Bank, which is expected to provide 800,000 nutritious meals by 2020. And in fiscal year 2017/2018, the Metro Toronto Convention Centre (MTCC) donated more than 90,000 kg (198,416 lbs.) of food – the equivalent in weight to 16 elephants — to local organizations focused on combatting hunger. 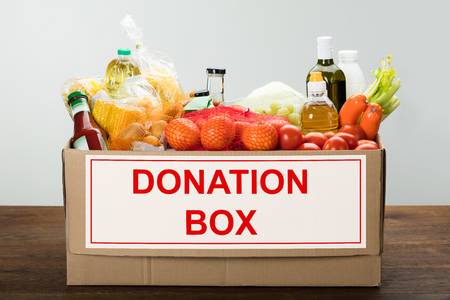 “Our food and item donation programs are an important aspect of our facility’s commitment to making a meaningful impact in our community,” said Vince Quattrociocchi, vice president of operations at the MTCC.

He added, “Beyond the economic impact, convention centers can make a real difference in the lives of those in need by donating food and reusable items in an efficient way to local charities and we certainly encourage other convention facilities to implement these programs.”

If your venue does not already have experience in this area, make sure they are willing to work with you to identify local organizations who can help along with ways they can prepare. Spellos emphasized the benefits of including food recovery and donation from the very beginning of the planning process — the RFP stage. That eliminates or at least minimizes any need for negotiations or pushback after a contract is signed.

Spangler noted that it’s important to procure and prepare the supplies and food in a way that prevents them from becoming landfill.

“For any (food) waste that is unavoidable and cannot be recycled, ask if it can it be composted or can it be donated to an organization within the community,” she suggested.

Spellos said that the biggest problem he’s encountered is the notion promoted by both venues and planners that donating food is illegal.

“If we can get one thing through everybody's mind (about minimizing food waste) it should be that it is not illegal to donate food when done properly,” he stressed.

In fact, the Bill Emerson Good Samaritan Food Donation Act was created to encourage the donation of food and grocery products to qualified nonprofit organizations and provides liability protection to food donors. Under this Act, as long as the donor has not acted with negligence or intentional misconduct, the company is not liable for damage incurred as the result of illness.

Donations of perishable prepared foods usually require special handling such as refrigerated trucks and prompt distribution. As long as these things are planned for in advance, there should not be any issues.

No matter how you choose to approach reducing food waste at your events, the important part is to start – and to measure your results. Tools such as the Whole Earth Calculator can help you track the impact your efforts are having, by converting the total pounds of donated food into meal equivalents and carbon dioxide averted equivalents.

If you need more tips on how to get started, the Rockefeller Foundation offers a free toolkit for organizing food-waste free events that can be downloaded HERE.

Best Practices for Event Moderators
Moderators can be key in any hybrid, in-person or virtual event experience. They keep attendees focused, ensure chats run smoothly and enhance speaker content.  The Client…
Expert Predictions and Best Practices for Event Marketing in 2016
By Elizabeth Johnson If your New Year’s Resolution is to “do it better” in 2016, you’re not alone. Whether it’s more attendees, a larger exhibit hall, a broader international…
5 Speaker Tips and Best Practices For Your Virtual Event
In the past four months, events have radically shifted from in-person gatherings to virtual events. Speakers play an integral role and can make or break the attendee…
An Art Director’s 5 Best Practices for Designing Digital Event Platforms
Event marketers have long specialized in creating unique one-to-one engagement between brands and attendees. Enabling that same engagement digitally, however, requires a…
Event Marketers Identify Best Practices for Year-round Attendee Engagement
By Elizabeth Johnson With the rise of digital entertainment options and the fall of attention spans, now just eight seconds on average, engaging attendees beyond a trade show…
Best Practices for Tapping Tech to Make Events More Personal
Tech helps the brand experience world go around, from audio-visual solutions to the latest innovations in digital marketing. Tech is precise, mathematical and useful. It can…