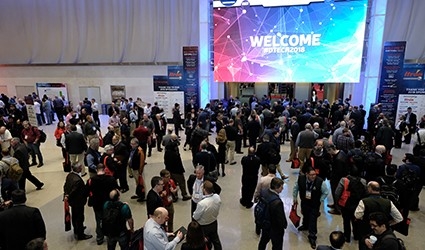 According to news just released by Forbes, private equity firm Blackstone reportedly is near an estimated $300 million deal to acquire PennWell.

The deal will be made through Clarion Events, a large global trade show company with a fast-growing U.S. portfolio, which Blackstone bought last year.

Calls and emails for comment to Clarion and Blackstone were not returned.

According to Forbes, the prospective transaction was granted early termination of regulatory review March 16by the Federal Trade Commission under the Hart Scott Rodino Antitrust Improvements Act.

If this deal goes through, it will be the second one of size in the past few months, with the $5.5 billion buy of UBM by Informa near closure pending a shareholder vote April 17.

Based in the U.K. and founded in 1947, Clarion has 950 employees based in 13 offices worldwide and specializes in delivering marketing, networking, and information solutions in high value sectors, both in mature and emerging geographies.

The company also has 150 events worldwide, having recently bought Urban Expositions and Leftfield Media that added onto its U.S. portfolio.

Blackstone also closed a deal in February of this year to acquire Global Sources, a leading Asian exhibitions and online B2B marketplace operator based in Hong Kong.