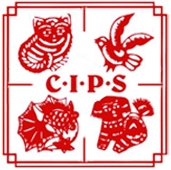 This year’s event already promises to be a record six months before the start, with 650 companies already signed on.

Increased awareness of pet care and rising incomes are the major drivers of the growing pet market in China.

Last year’s show drew 916 exhibitors who were registered from 23 countries. At this year’s edition, 1,000 exhibitors are expected to occupy some 78,000 square meters, and the organizers are counting on more than 40,000 visitors.

Now that numerous exhibitors have enlarged their stands and the waiting list is even longer, the organizers have decided to open another hall (W3).

The exhibition is organized jointly by the China Great Wall International Exhibition Company and NürnbergMesse.

Besides the already established international exhibitors like Ankur Exports, Kumar Industries, ferplast, SICCE, Seachem, Petsafe, OmegaSea or IMAC, the organizers also are welcoming new companies to CIPS 2014, such as Scruffs, a British supplier of beds for dogs and cats.

New potential visitor groups are being approached this year through extensive marketing activities – such as cooperation with the media, search machine optimization and promotion campaigns with veterinary clinics and supermarkets.

Some events scheduled include the China Pet Industry Summit on the first two days of the exhibition at which they will discuss the changes and future prospects in the Asian pet industry, prizes will be awarded to the latest pet care trends in the Pet Grooming World Cu and the China Aquatic Plant Masters will devote their attention to “Aquascaping”.

China International Pet Show Breaks Records in Beijing
The 18th China International Pet Show (CIPS) – a trade fair in Asia for pet supplies and aquarium products broke new records when it ran recently in Beijing: 946 exhibitors…
InfoComm International Breaks Exhibitor, Showfloor Records at Las Vegas Convention Center
InfoComm International, for the commercial audiovisual and information communications industries, saw record growth in not only exhibitors, with 1,000 on the floor and 211 of…
Record Number of Exhibitors Headed to bauma CHINA
The “who’s who” of the industry will be there when bauma CHINA opens its doors again from Nov. 27-30 in Shanghai. More than 3,300 companies will present themselves at Asia’…
IMTS 2018 Breaks Own Records for Exhibitors, Booths and Space
The 2018 International Manufacturing Technology Show kicked off this week in Chicago by breaking new records for booths and exhibiting companies, as well as the most exhibit…
LIGHTFAIR International 2018 Breaks Records in Size and Participation
LIGHTFAIR International (LFI) set a new record at its 29thannual edition, held May 6-10 at McCormick Place in Chicago, with increased registration and a larger expo footprint…
NACS Show 2018 Breaks Attendance Records, Grows Showfloor
The NACS Show has broken its attendance and expo records once again. Held Oct. 7-10 at the Las Vegas Convention Center, the annual four-day event for the U.S. convenience…