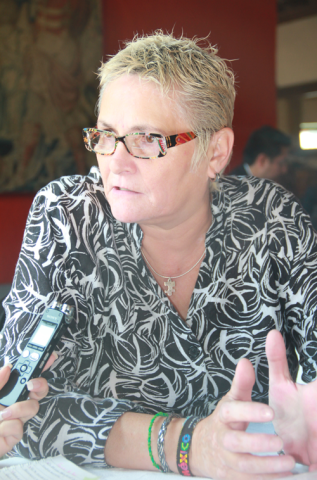 The Convention Industry Council unveiled the names of the 2015 inductees into the CIC Hall of Leaders and the 4th class of Pacesetter Award recipients.

The awardees will be formally recognized a Hall of Leaders and Pacesetters Celebration during IMEX America Oct. 13 in Las Vegas.

“This year’s class of CIC Hall of Leaders and Pacesetter Award inductees represent a global footprint of the meetings, conventions, events and exhibitions industry and we are excited to celebrate their expertise, leadership and breadth of achievements,” said Convention Industry Council CEO Karen Kotowski, CAE, CMP.

She added, “The iconic Hall of Leaders encapsulates a lifetime achievement award, while the Pacesetter Awards, recognizes emerging leaders who have made an impact.”

Carina Bauer, CEO of IMEX Group, said, “We are delighted that CIC has chosen to hold the prestigious Hall of Leaders event at IMEX America again this year. Through our partnership, we will be showcasing the inductees throughout the show – ensuring that the wider meetings industry can meet and learn from them through educational sessions – as well as recognising them through our TV channel and publications. We look forward to welcoming the inductees to the show.”

The Hall of Leaders recognition program draws attention to the contributions that the meetings industry has made to the larger society as a whole by highlighting the specific achievements of industry pioneers and emerging leaders who not only changed the landscape of the profession, but changed the culture of business as well.

Nominations are submitted either by CIC member organizations or the general industry community and honorees are recognized during the culminating awards ceremony and their stories housed virtually at www.conventionindustry.org/vhol.

This year’s honorees are:

Additionally, the following people were selected to receive Pacesetter awards:

To date, 114 pioneers have been inducted into the Hall of Leaders. A complete listing of previous HOL award winners, along with pictures and details from the 2014 fete, can be found on the CIC website at
http://www.conventionindustry.org/HallofLeaders/HallofLeadersInductees.aspx.

The Pacesetter Award, established in 2012 to honor achievement ‘in real time,’ rather than over a lifetime, has recognized nine emerging leaders whose recent accomplishments are defining how we will work in tomorrow’s industry.

Information on attending the Hall of Leaders and Pacesetters Celebration can also be found on the CIC website. http://www.conventionindustry.org/