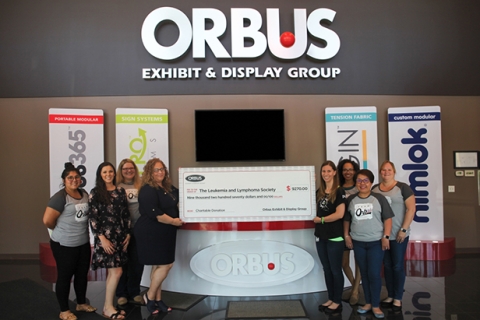 The summer months have been anything but slow and leisurely when it comes to CSR activities in the trade show industry. Here’s a roundup of event companies, associations and venues that have beat the heat by giving back to those who need it most.

Las Vegas Market at World Market Center held another successful Up On the RoofGift for Life fundraiser that generated $16,000 for Design Industries Foundation Fighting AIDS.

At the ninth annual event, which took place July 29 during the Summer 2019 Las Vegas Market, a record crowd of approximately 500 home and gift industry representatives enjoyed a presentation by former model Kathy Ireland. A silent auction included a variety of her name-brand home products and Las Vegas-themed hotel, restaurant and dining packages.

“Las Vegas Market is proud to support Gift for Life in its mission to raise funds for the research, education and prevention of HIV/AIDS, and related health crises, through events like this one,” said Bob Maricich, CEO of International Market Centers, owner and operator of Las Vegas Market. To date, Las Vegas Market has helped raise more than $115,000 for Gift for Life, he added.

Founded in 1991, Gift for Life is a nonprofit organization that unites the gift, home and stationery industries to raise funds in support of HIV/AIDS prevention, treatment and education. Since its inception, the organization has raised more than $5 million through special events, cause-related marketing, and corporate and individual donations.

“AIDS is not over,” said Matthew Katzenson, chair of Gift for Life. “We’re grateful to IMC and Las Vegas Market for their continued support in our fight against HIV/AIDS.”

Orbus Exhibit & Display Group is no stranger to giving back to worthy causes. The Woodridge, Ill. and Las Vegas-based wholesale supplier and manufacturer of display, exhibit, graphic and event products makes a point of organizing company-wide CSR events throughout the year in support of its designated charities.

This year, the company doubled down by spending the first half of 2019 fundraising for the Leukemia and Lymphoma Society, to which it recently donated $9,000 resulting from fundraising activities that included casual dress buy-in, shamrock grams and a chili cook-off.

For the second half of the year, Orbus is fundraising for Ann & Robert H. Lurie Children’s Hospital of Chicago and the Andrew Grene Foundation, in addition to hosting its annual Toys for Tots drive. Events and activities will include casual wear buy-in, a manager dunk tank, an ice cream social, a silent auction and a 50/50 raffle.

“It is so rewarding to be able to fundraise and provide assistance to these outstanding charities,” said Giles Douglas, president and CEO of Orbus. “The team is thrilled to contribute as they are able and we try to make the events and activities as enjoyable as possible for everyone involved.”

It makes sense that a food processing-focused trade association would gear its charitable efforts toward fighting hunger. Such is the case with the Foundation of the Food Processing Suppliers Association, which recently launched its 2019 Defeat Hunger campaign as part of its Giving Back initiative.

FPSA will once again work in conjunction with Greater Chicago Food Depository to run a food drive leading up to and during the 2019 Process Expo, set for Oct. 8-11 at McCormick Place, to help fight food insecurity in the greater Chicago area.

“Building upon the success at Process Expo 2017, we once again decided to [join] forces with the Greater Chicago Food Depository in an effort to help feed the over 800,000 food-insecure residents in Cook County,” said Gil Williams, chairman of the FPSA Foundation.

The FPSA Foundation’s last Defeat Hunger campaign held in conjunction with Process Expo resulted in the contribution of over 400,000 meals, with its combined efforts now helping to provide nearly one million meals so far, he added.

PROCESS EXPO participants are encouraged to bring groceries to the show, include them with their booth shipment, or make a monetary donation online or at registration. The final donation tally will be presented at a press conference on Oct. 10 during the event.

To learn more about this effort, go here. 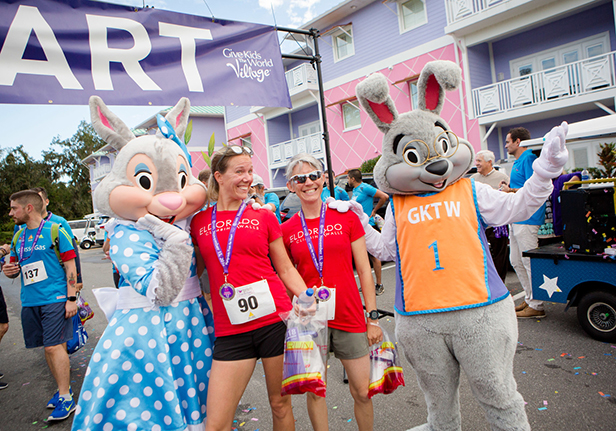 IAAPA, the global association for the attractions industry, will be hosting three annual charity events during its upcoming IAAPA Expo 2019, set for Nov. 18-22 at Orange County Convention Center in Orlando. They include the 17th Annual IAAPA International Charity Golf Tournament, IAAPA Footprints From the Heart 5K Run/1 Mile Walk and the 10th Annual Motorcycle Ride.

The events will raise funds for Give Kids The World Village, an 84-acre nonprofit resort in Central Florida that creates magical memories for children with critical illnesses and their families.

This year celebrates the 25thanniversary of the IAAPA and GKTW partnership, during which the association has supported the IAAPA World Passport for Kids. The latter is a program that provides complimentary admission to participating IAAPA-member facilities for GKTW wish children and their immediate families.

Since the partnership’s genesis in 1994, IAAPA and its members have donated more than $1 million benefitting GKTW, according to IAAPA officials.

This year, the golf tournament and the motorcycle ride will be held Nov. 17 at Shingle Creek Golf Club and the Orlando Harley-Davidson/Eagle Rider, respectively. The IAAPA 5K Fun Run and 1 Mile Walk, “Footprints From the Heart,” will take place Nov. 21 at GKTW Village in Kissimmee, Fla.

MINExpo INTERNATIONAL 2016 Welcomes Attendees from 130 Countries to Las Vegas
By Elizabeth Johnson This week, the world’s largest mining equipment, products and services exhibition was held at the Las Vegas Convention Center. Sponsored by the National…
Las Vegas Welcomes Hainan Airlines and the First Nonstop Flight From China
History was made today when Hainan Airlines’ first flight from Beijing to Las Vegas touched down at McCarrran International Airport filled with excited Chinese travelers,…
From Texas to Las Vegas, Esports Make a Splash In the Events Industry
As event destinations search for more recession-proof market segments to generate strong economic impact for their communities, the convention industry is taking a serious…
More Good News from Philadelphia, Ohio and Las Vegas to Lift Your Spirits
To bring a smile to your face during challenging times, read on to learn about event organizations, venues and companies that are setting a positive example of human…
Las Vegas Market Expands Its Temporary Exhibit Space by 50 Percent
Las Vegas Market has expanded its temporary exhibition space - known as The Pavilions at Las Vegas Market - with the addition of a second location, which is a 50 percent…
Las Vegas Market to Host 8th Annual Gift For Life Fundraiser
International Market Centers is gearing up to host its 8thannual “Up On the Roof” gala charity event during the Summer 2018 Las Vegas Market, running July 29-Aug. 2.  Set…