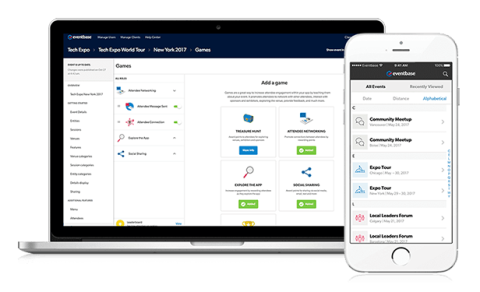 Event and conference mobile app developer, Eventbase, has raised $8.56 million in funding from Madrona Venture Group and the BC Tech Fund.

The Vancouver-based tech company has also received additional financing from Silicon Valley Bank and Espresso Capital and has raised a total of more than $19 million to date.

Founded in 2009 and formerly known as Xomo, Eventbase has worked with major companies including Microsoft, IBM, Cisco and Salesforce, and was named the three-time Gold Winner for “Best Event App” at the 2017 Experience Design & Technology Awards.

“Eventbase has taken tremendous strides toward becoming the dominant provider of mobile event technology for enterprise and we look forward to seeing further growth with this new round of investment,” said Paul Goodrich, managing director at Madrona Venture Group.

According to Eventbase officials, the company plans to use the infusion of new funding to accelerate its enterprise event apps and data group.

“We’ve built the industry’s most advanced data platform to help our enterprise customers better understand and shape the journey of their attendees,” explained Jeff Sinclair, co-founder and CEO at Eventbase.

He added, “Data Stream will let enterprises take personalization to another level and drive the next generation of intelligent mobile experiences at events.”

Socio Expands Event Management Platform, Raises $6 Million In Series A Funding
Socio has added two new products to its event management platform and has raised $6 million in Series A funding.  Like the Socio Event App, Socio Lead Retrieval and Socio…
Tarsus Group Acquires PAINWeek from Aventine Co. for $27.5 Million; Provides Trading Update
U.K.-based Tarsus Group added to its expanding U.S. medical portfolio with the acquisition of PAINWeek from Aventine Co. for $27.5 million. PAINWeek runs the leading U.S.…
Hubb Secures $6.3 Million In Series B Funding
Event management technology provider, Hubb, has raised a $6.3 million Series B funding round, which was led by Five Elms Capital and includes follow-on investment from Oregon…
Help Raise Funds for #Eventprofs – Join the Event Relief 2021 24-Hour Global Vodcast Marathon!
It goes without saying that the past 12 months have been an incredibly challenging and stressful time for event professionals. To lend a hand to fellow #eventprofs who may be…
AEM Withdraws from Proposed Collaborative Venture with the National Farm Machinery Show
The Association of Equipment Manufacturers has decided to withdraw from a proposed collaboration with the Kentucky State Fair Board and its National Farm Machinery Show.…
Haymarket Media Group Launches Joint Venture with Comexposium
Haymarket Media Group has announced a new joint venture with Comexposium, a leading global event organizer of food and farming events.  The new partnership with will…