EventPower Evolves With the Times 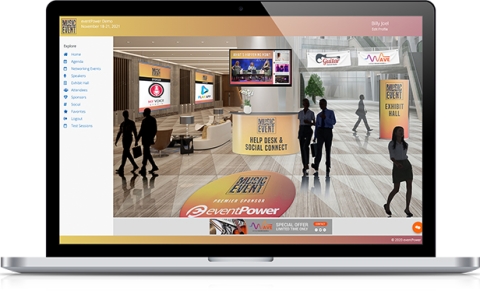 Hewlett Packard planned to send 2,000 attendees to Nashville for an event in May. There were 270 presentations ready to go, featuring a combined 700 speakers. Rather than let a little thing like a pandemic let all that work go to waste, HP’s planners reached out eventPower, the company behind its event platform, about transforming all those sessions into a digital event.

Laurie Powell, vice president of business development of eventPower, had a simple response: “Why not?”

In the technology-dependent world of today’s trade shows, conferences and other events, vendors like eventPower must have a can-do attitude. Her rationale was simple: The information about all those presentations wasn’t changing, even if they were going to be consumed differently.

Her theory proved correct. Except for one speaker failing to log in on time, Hewlett Packard’s event went on without a hitch. If anything, it went better than expected, as more than 3,000 attendees participated over the four-day digital gathering. Not only did the results convince HP about eventPower’s capabilities, it was a lightbulb moment for Powell and her team that their platform was ideally positioned for a period of disruption and transition.

EventPower is hardly new—it was founded in 1996. Its first decade was centered around offering full-service meeting management for government and military organizations like the U.S. departments of justice and commerce, as well as military branches. To execute those events in and around the nation’s capital took compiling a list of data points virtually as long as Washington D.C.’s roll of red tape.

“We were doing everything manually,” Powell bemoaned. “We would be running around with a thumb drive like a maniac, making sure the correct presentation was in the correct room.”

Rather than be broken by the inefficiencies, eventPower took matters into its own hands. In order to develop a better method to collect and manage event data, the company created a platform to make the staff’s job easier. It just so happens to now be a solution that those same government agencies and many corporate clients, like Hewlett Packard and Tito’s Vodka, employ. 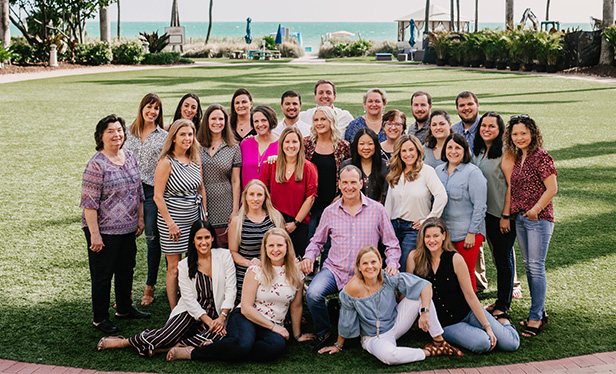 “We joke that we built the platform for ourselves, and it happened by accident that groups started approaching us,” Powell said.

Indeed, while eventPower still offers end-to-end event management, its platform is not far behind as a breadwinner.

That’s in part because there is seemingly not a maximum capacity. It has hosted events with 16,000 attendees.

Powell says what sets eventPower apart from most of its competitors is that decade of experience before it was a technology company. “In real life, we are meeting planners,” she said. “We speak the speak. We know what goes into producing an event.”

The majority of the other platforms available, Powell said, were the brainchild of a software developer trying to find a space in events.

Virtual events, much to the world’s chagrin, became the norm last year. Many months later, and with the benefit of some hindsight, a second generation is emerging looking to improve the experience.

In a world of Zoom fatigue, it seems as if attendees need some nudging to fully interact with platforms. EventPower is appealing to human nature with a point-scoring feature on its virtual events platform. Basic tasks are rewarded with this gamification, including:

“There are a lot of competitive people out there,” Powell said. “If you can reward them, that’s all some of these people need.”

And, as with the rest of the platform, it works with in-person and hybrid events. “It’s across the board, what we are doing,” Powell added.

ProMat & MODEX Evolved Along with Supply Chain Technology
The first National Material Handling Show launched by the Materials Handling Industry (MHI) in 1948 was a result of new methods used to transport goods during World War II.…
Tech Giants: Encore CEO Ben Erwin Changes With the Times
What used to be a regular sight gathers some attention during an interview with Encore President and CEO Ben Erwin. Namely, an employee is seen in the background walking down…
How Has The Higher Ed Sector Evolved in the Face of the Pandemic?
Universities and colleges have played a unique role throughout the pandemic. Many have acted as a voice of authority and trust, conducting world-leading research, analyzing…
The Right Time for a Rebrand
What’s in a brand? Well, a lot of things! More than just a logo, a brand encompasses your message and your reputation. It’s both tangible and intangible. It’s not meant to be…
Screen Time Versus Face Time: What Has the Highest Marketing Value?
I get asked these questions on a regular basis: How can you prove that there is value in all the money spent during a trade show? How does that stack up to e-mail, content…
Make the Most of This COVID-Induced Down Time
Dating back to local artisanal trading in medieval Europe and evolving through the Industrial Revolution to the 20th century, trade shows have survived war, disease, economic…