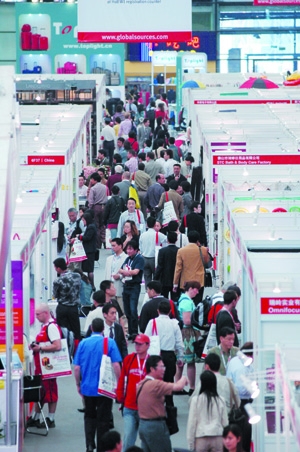 Global Sources recently held its third annual China Sourcing Fairs in Johannesburg. The Fairs are the largest exhibitions of their kind in Africa to feature manufacturers of China-made consumer goods.

He added, "Our Fairs in Johannesburg are an ideal platform for business people in South Africa and throughout continental Africa to meet directly with manufacturers and find the right products for their home markets."

In the first five months of 2012, trade between China and Africa grew by 22 percent year-on-year, reaching nearly US$80.5 billion, according to China's Ministry of Commerce.

Exports from China to Africa increased by 17.5 percent to reach US$30.9 billion in that same period.

There were several dignitaries on hand with Wong to officially open the China Sourcing Fairs:

-- Li Jiangning, Consul General, Consulate-General of the People's Republic of China in Johannesburg

-- Rong Yansong, Economic & Commercial Counsellor, the Embassy of the People's Republic of China in the Republic of South Africa

The China Sourcing Fairs are exclusively for importers, traders, and other volume buyers who purchase consumer products for resale to markets throughout Africa. Last year, more than 7,000 qualified buyers attended the event, a 20-percent increase, compared with the inaugural events.